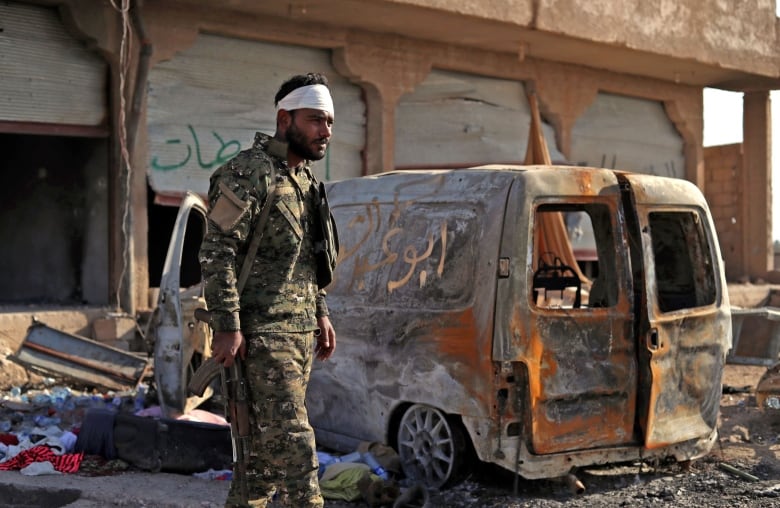 The Canadian government is flouting its international human rights obligations by failing to repatriate and provide adequate consular assistance to 47 citizens who are currently detained in northeast Syria because of alleged ties to the Islamic State, a new report from U.S.-based Human Rights Watch alleges.

Twenty-six of the Canadians being held in camps and prisons controlled by Kurdish forces are children, and many are under the age of six, according to the advocacy group. The report says they are living in deplorable conditions at overcrowded camps with a lack of sanitation, contaminated drinking water and poor access to health care.

“Abandoning citizens to indefinite, unlawful detention in filthy, overcrowded and dangerous camps and prisons does not make Canada safer,” said Letta Tayler, a senior researcher at Human Rights Watch and author of the report. “The lives of Canadians are on the line, and the time to bring them home is now.”

An unknown number of Canadians travelled abroad to fight for the Islamic State, also known as ISIS, as the militant group took over territory in Iraq and Syria and implemented a harsh form of Islamic law.

ISIS fighters are known for graphic videos documenting the beheading of journalists and aid workers and are accused by the United Nations of crimes against humanity for carrying out mass executions, abducting women and girls as sex slaves and using child soldiers.

Human Rights Watch says the government should immediately bring home all its detained citizens to rehabilitate and reintegrate them into Canadian society and, where appropriate, prosecute anyone accused of a crime.

The Liberal government has insisted it won’t put Canadian officials at risk to gather evidence and bring former ISIS fighters home to be prosecuted.

The 92-page report, titled Bring Me Back to Canada, is based on interviews with Canadian detainees, family members of detainees, and other women and children who have been held at al-Hol and Ain Issa, two of the camps in northeast Syria.

The Canadian detainees are among thousands of non-Iraqi men, women and children who were living under the rule of the Islamic State and were taken prisoner in the leadup to ISIS’s defeat at the hands of U.S.-backed Syrian Democratic Forces in early 2019.

Human Rights Watch says none of the Canadians have been charged with crimes in Canada, nor have Syrian authorities brought them before a court.

“No one is saying just set these adults free,” said Tayler, acknowledging that some of them may have committed crimes by joining ISIS. “[But] holding people without charge, without bringing them before a judge, simply because they’re family members of ISIS suspects, is absolutely forbidden under international law and it is particularly egregious to hold children in this fashion.”

Some family members of the detainees told Human Rights Watch that Canadian authorities have not contacted their relatives to provide assistance since they’ve been imprisoned. Family members also said they have received mixed messages from the government about whether they can provide money to their detained family members for food or medicine without being accused of supporting terrorism.

On top of that, Human Rights Watch alleges that Canada has not facilitated citizenship verification for the 20 or so children who were born in Syria to Canadian parents and are therefore entitled to Canadian citizenship — a situation that renders the children virtually stateless.

“The innocent, such as the children who never chose to be born or live under ISIS, have no hope of leaving,” the report says. “Meanwhile, any detainees potentially implicated in ISIS crimes may never face justice.”

In a letter to Human Right Watch described in the report, Foreign Affairs Minister François-Philippe Champagne said the Canadian government is hamstrung in its ability to help Canadians detained in Syria by the lack of consular resources in the area and the security situation. Canada does not have a functioning embassy or consulate in Syria at the moment.

Champagne added that Canadian officials are in contact with counterparts at the Kurdish-led Autonomous Administration for North and East Syria, the local authority in the area, and are advocating for the detainees’ well-being “to the extent possible.”

Canada has said that it will provide assistance to anyone who can make it to a Canadian consulate in a neighbouring country such as Turkey or Lebanon.

The fate of former Canadian ISIS militants and their families has been the subject of heated debate on the floor of the House of Commons in the past, with the Conservatives accusing the Liberals of welcoming home jihadist fighters.

Conservative MP Pierre Paul-Hus, the party’s public safety critic, said in a statement on Sunday that the party wants to see any Canadian who joined ISIS be prosecuted.

Christian Leuprecht, an international security expert who teaches at Queen’s University, said the government’s reluctance to act on these detainees shows a refusal to choose between an approach to foreign fighters that emphasizes prosecution, rehabilitation or a hybrid of the two.

Leuprecht said domestic political considerations are also a factor, which make bringing the detainees home seem like a “no-win situation” for any government.

“If you bring them home, there will be a public perception that the government is supporting people who … have possibly been engaged in very serious criminal offences,” said Leuprecht. “It’s politically easier and more expedient for the previous government and for this government not to do much about it.”