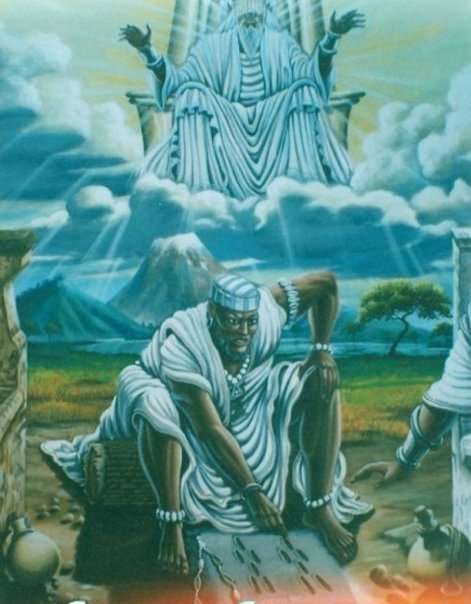 Oba Lamidi Adeyemi, the Alaafin of Oyo, blames Islam and Christianity for the growing extinction of Yoruba traditional religion.

Punch reports that he said that the arrival of these two foreign religions has left no room for the indigenous culture.

According to him, Islam and Christianity succeeded in doing this by portraying Yoruba traditions negatively.

In his words, “Yoruba land is at a critical juncture today, more than ever before. The assault on our culture has assumed frightening dimensions, coming from the received religions of Islam and Christianity, especially their puritanical and pentecostal trends.

“Family life, nature and pattern of social relations, indigenous social welfarism, family names and praise names, values and traditions’ have almost been completely destroyed by their portrayal as evil, satanic or demonic.’

“ It is no longer that they represent inferior civilisation as was the case when the religions just came but that they are evil, demonic and satanic in all areas.”

The monarch went on to advice all stakeholders in Yoruba land to ensure that they preserve the dying traditions for the future generation.

This was stated at the international conference on Yorubaland and politics since the 19th Century and beyond.

The event was held at the Olabisi Onabanjo University, Ago Iwoye, in honour of renowned historian, late Prof. Joseph Atanda.

Meanwhile, the monarch’s sentiments have been echoed by Prof. Oyeniran Abioje of the University of Ilorin in an opinion piece for The Guardian.

He wrote, “I urge traditional rulers to emulate the Alaafin of Oyo, Oba Lamidi Adeyemi, who has been actively promoting ATR and culture, as heritages that must not be allowed to be annihilated by agents of nihilist religions (Christianity and Islam) that cow and milk fellow human beings in the name of God, Holy Book, Prophet, and so on. The Alaafin is doing that, notwithstanding his “Lamidi.”

When you abandon ATR, you have abandoned the spiritual worth of the ancestors/ancestresses, through whom God gave you life, and a sense of what it means. And any river that abandons its source cannot prosper; it will eventually get dried-up. Go and see what Ọ̀ṣun, God’s Minister of Water Resources, is doing for Osogbo; Ọlọ́jọ́ (means God Almighty, the Owner of Daybreak), Ife; Shango (God’s Minister for Thunder), Oyo, etc.”

Do you agree with their opinion?