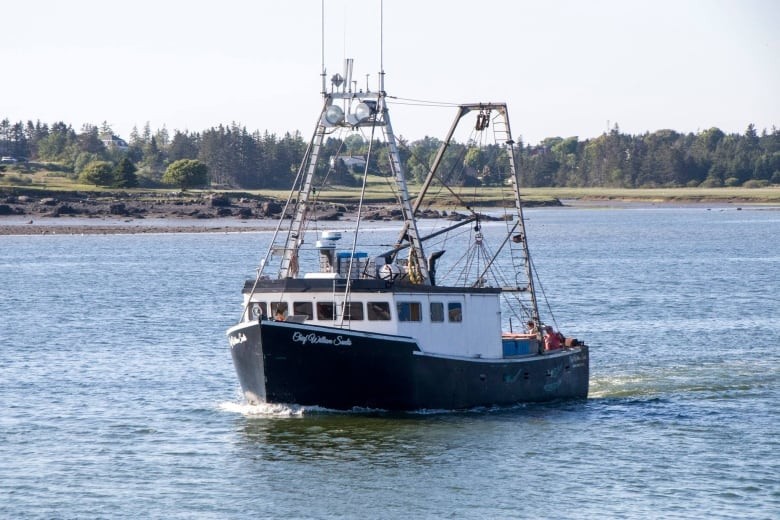 More than a month after the crew of a scallop dragger from Nova Scotia disappeared on the Bay of Fundy, the RCMP are calling off their search for the five men suspected of going down with the vessel, citing “significant” risk to the lives of divers.

The body of one crew member was found the day the boat was last seen.

The loved ones of missing crew members received a glimmer of hope last weekend when the sunken boat was located on the ocean floor, about two kilometres from Delaps Cove and more than 60 metres below the surface.

The RCMP said at the time that their crews were not equipped to dive to the necessary depths to look inside, but they said they were studying their options.

On Saturday, they announced in a news release that those options had been exhausted.

“The RCMP approached the Canadian Armed Forces to determine whether their divers may be able to assist,” the RCMP news release said.

“Upon conducting a thorough risk analysis, the CAF determined that the risk to the lives of their divers was too significant and unfortunately, were unable to support the request.”

With that, the RCMP said they were putting an end to all search operations, but they will continue to support investigations by the Transportation Safety Board of Canada (TSB) and the provincial Department of Labour.

In a statement, the TSB said it is conducting a Class 3 investigation into the incident. According to its website, this kind of investigation would result in a detailed report, which could include some recommendations. These investigations would usually be completed within 450 days.

“This investigation is ongoing. It is too early to draw conclusions,” the emailed statement said.

“In this particular investigation, we have been able to collect significant information without access to the vessel itself. Should the vessel be recovered at a future date, we would examine the wreckage for additional information.”

The statement said the TSB is not responsible for wreckage recovery or search and rescue missions.

“The TSB investigation team is mindful of the families who want answers rapidly. Throughout the investigation, we will be in direct contact with the next-of-kin,” it said.

The province’s Department of Labour did not immediately respond to CBC’s request for comment about the status of the investigation.

The Chief William Saulis was last seen early on Dec. 15 heading toward shore after a week-long fishing trip. No mayday call was issued by the six-man crew, but an automated emergency beacon sounded at about 5 a.m. in the same area where the boat would eventually be found.

An extensive search of the shoreline and water was mounted that day, which led to the discovery of two empty life-rafts and the body of one crew member — Michael Drake of Fortune, N.L.

Family and friends of the other five crew members — Aaron Cogswell, Leonard Gabriel, Dan Forbes, Eugene Francis and the captain, Charles Roberts — have said they suspect the men were asleep in their bunks when something catastrophic caused the vessel to sink.

The rescue mission turned into a recovery mission on Dec. 16, focused primarily on a 55-kilometre stretch of coast from Delaps Cove to Margaretsville.

At the end of last month, the RCMP started to look for the vessel using sonar, which picked up an “anomaly” on the morning of Jan. 16. Video captured by a remote-operated underwater vehicle confirmed that it was the Chief William Saulis, sitting upright on the ocean floor.

The RCMP said they’ll continue to offer support and updates to family of the crew.