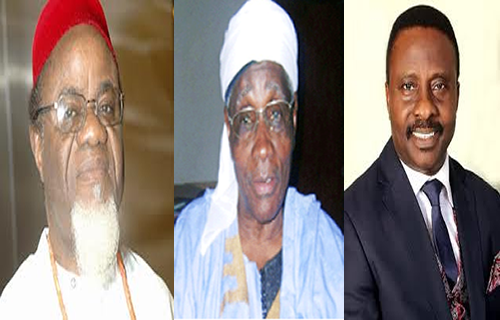 The Acting President, Yemi Osinbajo, on Tuesday, commenced a series of consultations with leaders across the country on the recent quit notice handed down to people of the South East to leave the Northern part of the country.

Osinbajo kicked off the consultations with a meeting with leaders from the Northern part of the country.

He is expected to meet with those from the South East separately before he will eventually meet with both groups together.

His Senior Special Assistant on Media and Publicity, Mr. Laolu Akande, confirmed this in a series of tweets on his Twitter handle.

“Acting President Osinbajo will start a series of consultations with Leaders of Thought from the Northern and Eastern regions of the country this afternoon (Tuesday).

“Osinbajo will first meet each group separately on different days this week and then meet them together afterwards,” Akande wrote.

He also confirmed that the Acting President met with security chiefs over the weekend on the need to ensure that Nigerians are protected in every part of the country.

“The Acting President met over the weekend with security chiefs and gave firm instructions on need to protect lives and property of all Nigerians always, everywhere,” he added.