13 Reasons Why Season 2 Officially Underway: Get Your First Look 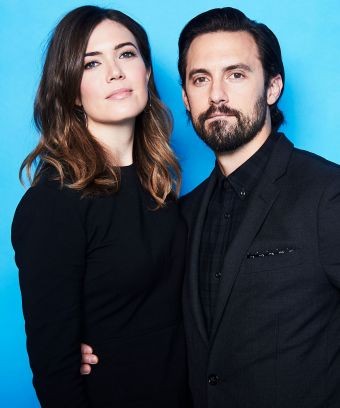 The cast of 13 Reasons Why is officially back to work.

Just a month after Netflix renewed the controversial hit series about Hannah Baker (Katherine Langford) and her suicide for a second season, the stars of the series have taken to social media to share the news, revealing that production has already begun.

While she will no longer be the show’s narrator as the series moves into season two, Langford was indeed back on set for day one, sharing a snap of Hannah’s famous boots on Instagram on Monday, June 12 with the caption, “Season 2. Back in her shoes.” 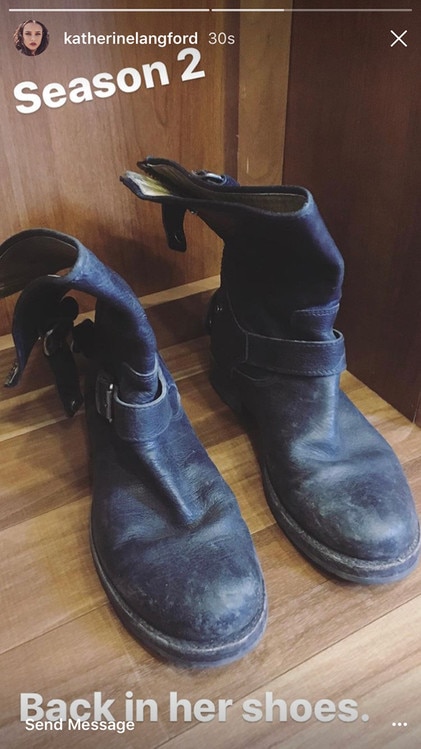 Fellow star Christian Navarro, who appeared as the enigmatic Tony, also let fans know he and the cast were back at it with a tweet on Monday that read, “Day One. S2. Ready to make some magic.” He followed that up with a thanks for fans, tweeting, “Thank you to everyone who wished us luck today. Day one was great. We are gonna do our best to make something you can be proud of.”

Thank you to everyone who wished us luck today. Day one was great. We are gonna do our best to make something you can be proud of. ??

While season one of the Selena Gomez-produced series told the full story contained within the 2007 Jay Asher novel of the same name upon which it was based, showrunner Brian Yorkey has assured fans that there is still plenty of story to tell when it comes to Hannah and the rest of the students at Liberty High School. “What I can tell you is certainly one question I got a lot is, ‘well how can there be a season two when the story is over?'” he said during a Q&A session at Netflix’s FYSee event. “I’m like, what story is over? And people are like ‘Hannah’s,’ and I’m like, well no, Hannah told her version of the events but there are at least 12 kids that have another version of those events that we haven’t really heard from yet, so I think there’s quite a bit more of Hannah’s story to tell.”

“I think season two will give us a look at a lot of things—a lot of the events that we think we know, we may learn are more complicated than we thought, and Hannah is even more complicated than we saw season one,” Yorkey continued, adding that there are also new stories to tell about the characters most affected by Hannah’s suicide. “I also think that for those that Hannah left behind, that story is just beginning. Their stories of recovery are just beginning,” he said. “Clay [Dylan Minette] and Olivia Baker [Kate Walsh] are two people with the most amount of healing to do, and it was just in its very beginning stages when season one ended. Season two is also about healing and how we go on, because people always say you have to go on but how do we after something like that?”

Season two of 13 Reasons Why premieres on Netflix in 2018, while season one is now streaming.