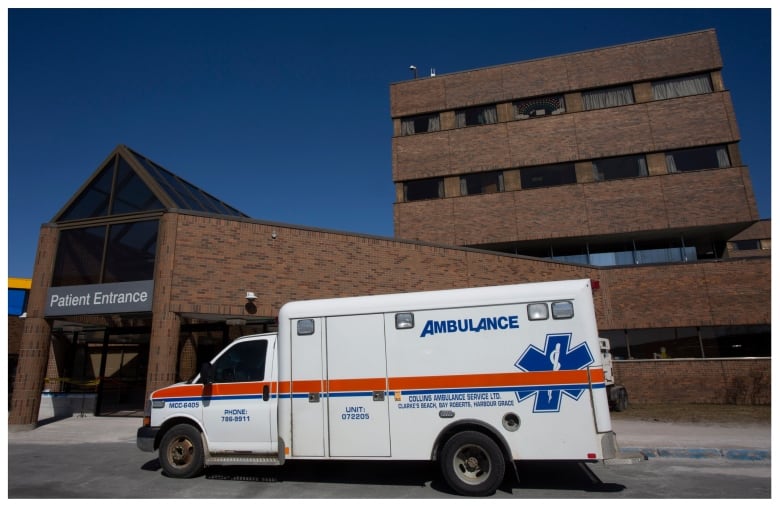 Sarah Kennedy, a nurse practitioner working at Physio North in Labrador City, told CBC News the clinic is booked up until the new year and is closing its doors to new appointments for now.

“The need is astronomical, I would say,” said Kennedy. “The need is definitely out there. It’s extremely busy.”

Even for procedures like cervical screening and Pap testing, said Kennedy, it feels like the clinic is in the middle of a “blitz.”

The clinic recently opened up 64 appointments for Pap testing, she said, and they were all booked in less than an hour.

June Tavenor, who runs Catalyst Health Solutions in Paradise, said she opened her clinic out of a need and a desire to fix some of the gaps she’s seen between acute care and primary care.

“The system, even 10 years ago, was really struggling to keep up with what the demand is and what that gap is,” she said.

Tavenor, a registered nurse for two decades, said her client list has doubled in size year over year since the beginning of the COVID-19 pandemic in March 2020.

As the province works to amalgamate N.L.’s four regional health authorities, she said, she hopes to see the government work more with private organizations such as hers to address gaps in health care.

“As the system is repairing itself and remodelling itself, let’s make sure we’re not dropping the ball on the services that need to still be happening right now,” Tavenor said.

But the president of the Newfoundland and Labrador Federation of Labour, which represents about 70,000 workers in the province, says there’s no room in public health for profit.

“Our position has been very firm for as long as we’ve been studying this, that public health care is not a business and private clinics and private health care does not exist for patient care primarily,” Mary Shortall said Wednesday.

“They exist for profit primarily. When profit becomes part of the public health-care system then the people who need it the most are generally the ones who suffer and then the whole public system then becomes eroded.”

Tavenor said she would love for her nurse practitioner and registered nurses to be able to bill the provincial Medical Care Plan for their services, but that’s not part of the current model.

She said there are conversations happening with government and health authorities on how to address the billing model and salaries in private clinics so fees don’t fall on the patient.

“It’s a little bit of a waiting game, unfortunately,” she said.

“Anyone who knows will know that historically I have vehemently opposed privatization of health care but it’s never been a new concept. A lot of home-care services, for example, are run by private operators through collaborations with the health authorities.”

Shortall said the health-care system is in a crisis, leaving people feeling desperate and waiting a long time before seeing a health professional. Health-care staff are overworked and unable to get time off, she added.

She said she wants to see the system fixed, rather than more private clinics offering some services at a faster rate than the public health system.

“You’re talking about a nominal fee, even $30 for blood collection. That $30 for very many people in this province is prohibitive,” she said.

“Over time the richer of us in our society will be able to access care if they pay for it but there’s a whole other group of people now that will fall through the cracks.”