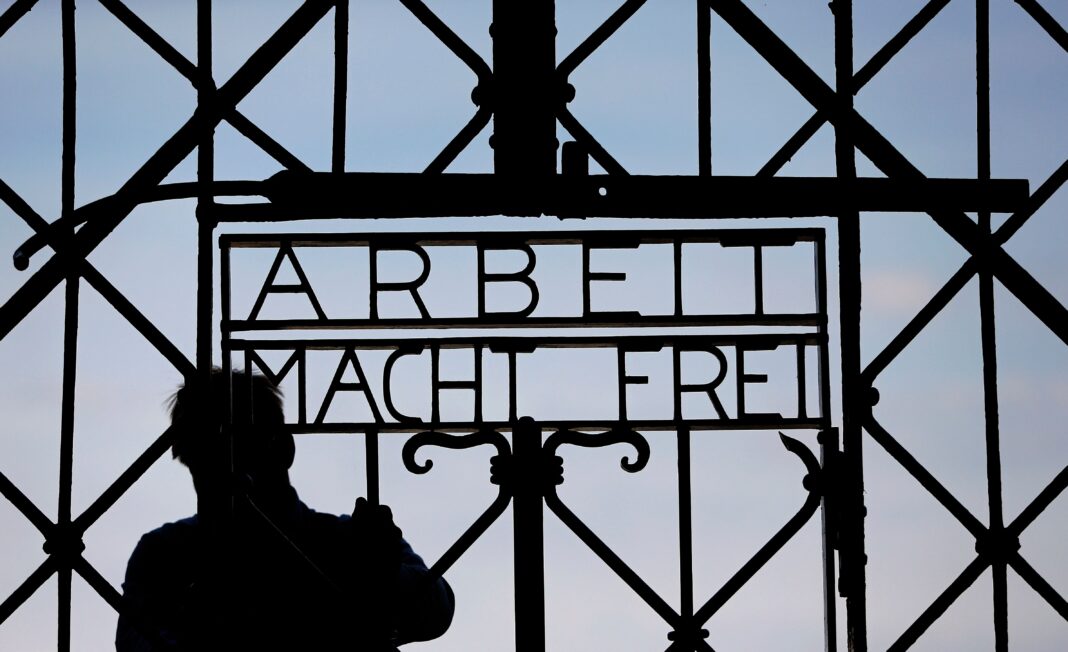 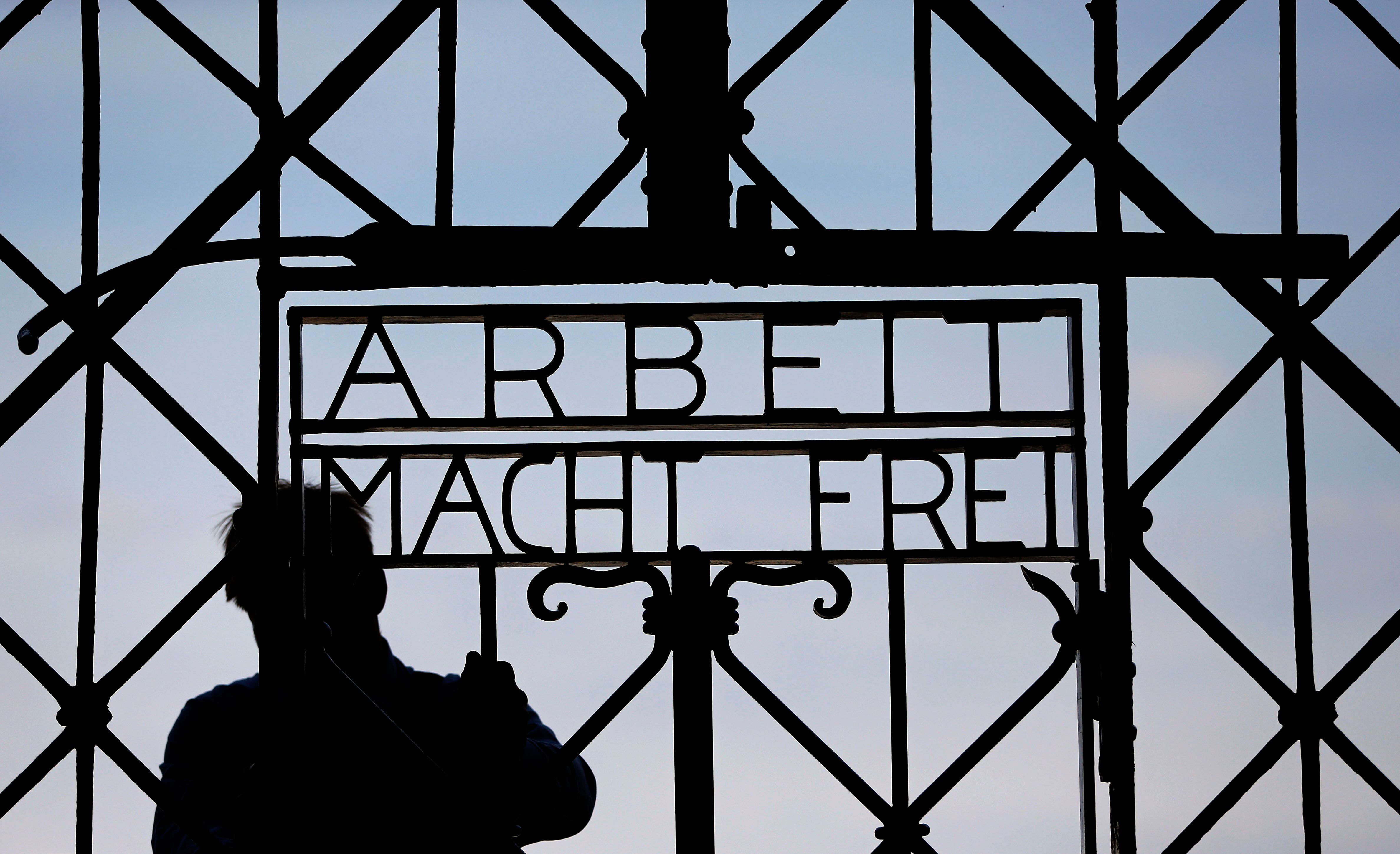 The Auschwitz Museum issued a scathing attack on the use of a notorious Nazi slogans on a sign at an Illinois protest against COVID-19 safety measures.

The German phrase on the protest sign, “Arbeit Macht Frei,” was written in the gates at Auschwitz and other Nazi death camps.

It means “work sets you free,” darkly referring to starving Jews at the camp who were forced to work until they dropped dead — or were killed. The sign at the Re-Open Illinois protest Friday in Chicago also included the initials “JB,” referring to Illinois Gov. J.B. Pritzker, who is Jewish.

″‘Arbeit macht frei’ was a false, cynical illusion the SS gave to prisoners of Auschwitz,” said a statement from the museum, located at the death camp site in Poland. “Those words became one of the icons of human hatred. It’s painful to see this symbol instrumentalized & used again to spread hate. It’s a symptom of moral & intellectual degeneration.”

“Arbeit macht frei” was a false, cynical illusion the SS gave to prisoners of #Auschwitz. Those words became one of the icons of human hatred. It’s painful to see this symbol instrumentalized & used again to spread hate. It’s a symptom of moral & intellectual degeneration. https://t.co/ZRxja8x6eS

The photo of the sign was taken and tweeted by a nurse, Dennis Kosuth, a counterprotester on the scene to demonstrate for continued safety measures to protect the public from COVID-19, The Hill reported.

Hundreds of protesters in Illinois, most not following social distancing guidelines, called for loosening of restrictions amid the coronavirus pandemic. Illinois reported the largest one-day spike in coronavirus cases on Friday. The state has reported more than 56,000 cases and 2,457 deaths.

Pritzker’s chief of staff Anna Caprara said protesters armed with such signs have no standing calling for liberty. She also criticized other signs portraying Pritzker as Hitler, particularly since his family fled to Chicago to escape pogroms, another chapter in violent anti-semitism. “You can protest a policy you don’t like without being ragingly bigoted,” she noted.

Don’t want to hear about “liberty” when these signs along with the ones portraying Illinois’ Jewish Gov, whose family came to Chicago fleeing pogroms, as Hitler seem to be a staple at today’s protests. You can protest a policy you don’t like without being ragingly bigoted. https://t.co/sKTrUv5vC3

David Harris, CEO of the American Jewish Committee, called use of the phrase “Shocking. Shameful. Sickening.” He characterized the phrase as a “savage Nazi hoax for slave labor & gas chambers.”

JB in the sign refers to state’s Jewish governor.

Pro-tip: Try to argue your case (about post-COVID-19 reopening or anything else) without quoting Nazi slogans.

Seriously, this is disgusting. pic.twitter.com/mXIh2hWf6M

An earlier sign appearing to feature the same slogan at a similar protest in Pittsburg nearly two weeks ago was inaccurately altered in a photograph, according to a fact check by the Associated Press. The Illinois sign was authenticated by the photographer and a witness, who saw the protester with the sign and argued with her, she told The Hill.