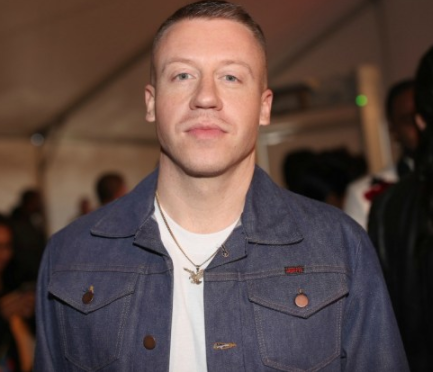 American rapper Macklemore was involved in a head-on car crash with an alleged drunk driver some months back. Fortunately, he survived unscathed and this is surprising considering how horrific the crash had been.

Photos TMZ obtained from the scene of the gruesome car wreck shows the extent of the damage. In the images, Macklemore’s black Mercedes Benz is seen with its front crushed by a Chevrolet truck. The airbags in his car were dispensed upon its collision. Photos show that the alleged drunk driver who smashed head-on into Macklemore was nearly ejected through his windshield. His windshield was smashed and splattered with blood and his pickup truck is seen sitting nose-to-nose with Macklemore’s Maybach. The fact the truck is on the wrong side of the road shows the driver swerved into the rapper’s lane.

The driver of the truck suffered head and face injuries and was eventually arrested for DUI.