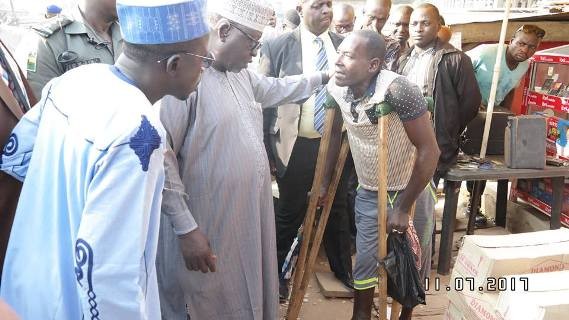 Inspector Bako who was shot by unknown gunmen along Agwatashi in Obi local government area of the state last year while on official duty was seen by the state governor at the gate of the central police station Lafia on clutches. 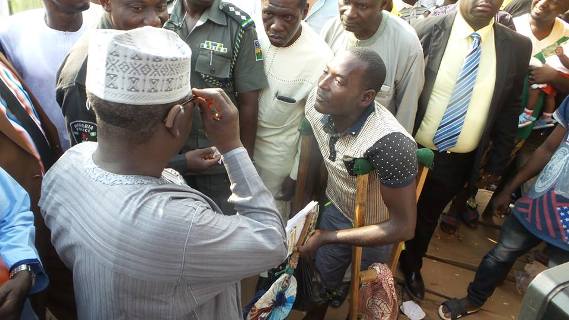 A statement signed by the Special Assistant Media and publicity to the governor, Ahmed Tukur, said that governor Al-makura has directed that the officer be moved to the orthopaedic hospital for proper medical attention.

The statement said that the attention of the state governor was drawn to the officer while on inspection of the central police station Lafia undergoing renovation. He added that governor Al-makura was moved when he saw the officer on clutches and his right ankle swollen with fluid coming out from the bullet wound as a result of the gun shot he sustains since 2016 . 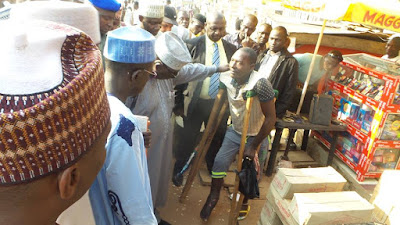 Bartholomew who hails from Sanga local government area of Kaduna state was overwhelmed with joy and thanked Governor Al-makura for the gesture and prayed God to reward him.