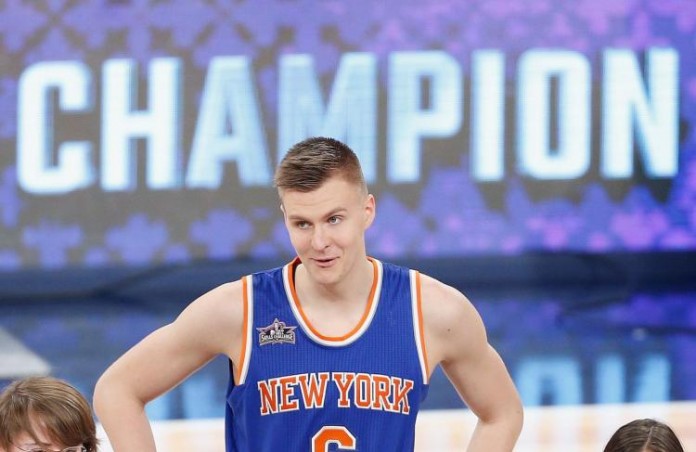 Jackson states that the Knicks have received trade offers for the 21-year-old Porzingis, but have yet to find one that’s worth taking.

“We’ve been getting calls. We’re listening, but we’re not intrigued at this level. But as much as we love this guy, we have to do what’s good for our club.”

Jackson mentions that he was thrown off by Porzingis’ decision to skip the team’s exit meeting back in April.

“I don’t think I’ve ever had a player over 25 years of coaching, maybe 30, not coming to an exit meeting,” he said, adding that he “had a good relationship with Kristaps over the last two years so it was kind of surprising.”

According to The Vertical, the Knicks are seeking a top-four pick in the upcoming 2017 Draft for Porzingis in order to land Kansas guard Josh Jackson.

Knicks have made calls about Kristaps Porzingis, aiming for a top-four pick to get Josh Jackson. – @WojVerticalNBAhttps://t.co/zT5sHvQJGZ