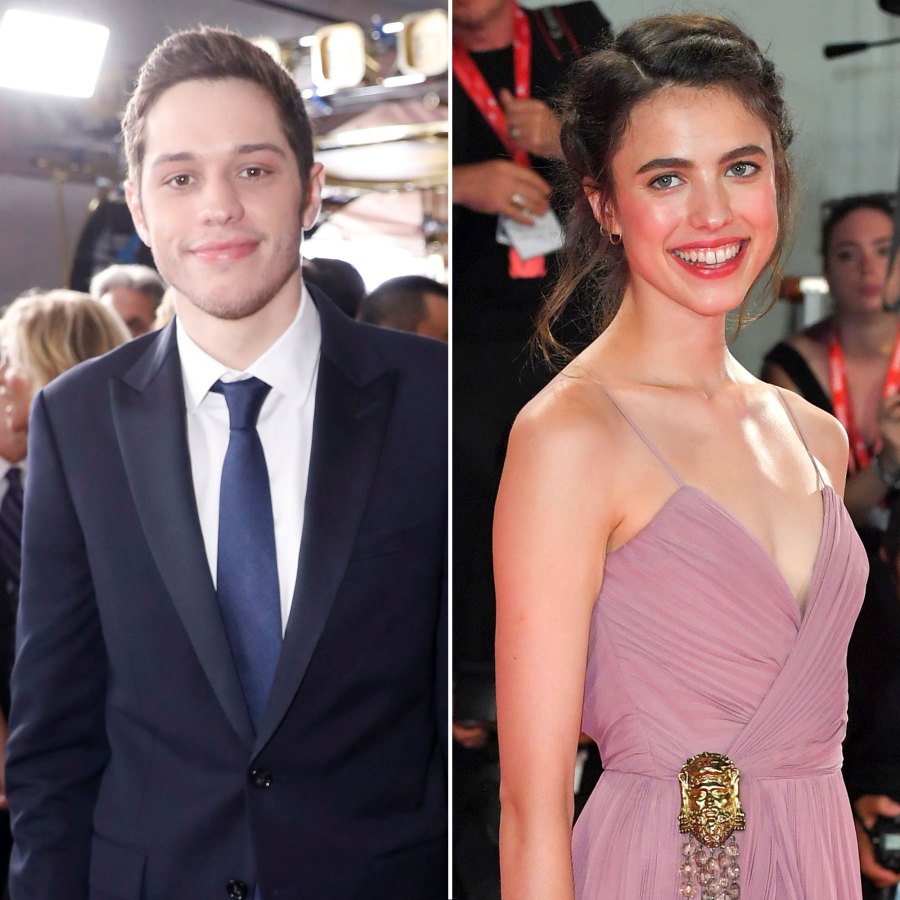 The Saturday Night Live star, 25, and the Once Upon a Time in Hollywood actress, 24, attended the premiere of Qualley’s new film, Seberg, at the 2019 Venice Film Festival in Italy on Friday, August 30.

Davidson, who didn’t walk the red carpet, was spotted sitting behind Qualley at the screening of the film, according to photos obtained by E! News. The comedian wore a black blazer with a white T-shirt, while his girlfriend was dressed in a blush pink Prada gown.

Us Weekly exclusively confirmed the news of Davidson and Qualley’s relationship earlier this week.

“They’ve been seeing each other for a couple of months and Margaret is really excited about him,” a source told Us on Wednesday, August 28.

When Davidson and Qualley arrived at Venice’s Marco Polo Airport on Thursday, August 29, an eyewitness said the couple looked like they were in a “good mood.”

“Pete and Margaret were standing and chatting [and] laughing,” onlooker Ismita Miah told Us. “There wasn’t much PDA, but he was in a good mood and the two of them were joking around.”

She continued, “Margaret walked to the other side [of baggage claim] to get her bag and Pete was waiting with an older lady. Pete was super nice and posed for a photo.”

Before his relationship with the Leftovers star, who is the daughter of Andie MacDowell and musician Paul Qualley, the Staten Island  native was linked to Kate Beckinsale. A source confirmed to Us that the couple had split after almost four months together in May.

The Set It Up star, who has also dated Larry David’s daughter Cazzie David, was engaged to Ariana Grande for four months in 2018. Us broke the news in June 2018 that Davidson had proposed to the “God Is a Woman” singer, 26, after less than a month of dating. The couple called it quits in October 2018.

“They realized it happened too quick and too early,” a source told Us at the time.

Qualley, who has been linked to actor Nat Wolff, previously dated director Cary Fukunaga, who is 18 years older than her.