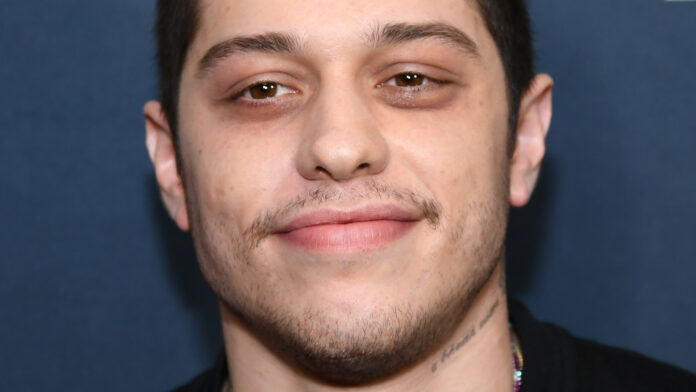 In the words of Gen Z, Pete Davidson and Emily Ratajkowski just hard-launched their relationship.

The “King of Staten Island” star and Ratajkowski were spotted courtside at Madison Square Garden to watch the New York Nicks — Davidson’s favorite team — take on the Memphis Grizzlies. The Knicks took to Instagram to share a few shots of the supposed lovers, captioning the moment: “Pete & @emrata at The Garden.” In one of the snaps, Ratajkowski shoots the comedian an affectionate glance while he grins from ear to ear. It looks like the couple didn’t care for the attention, as they dipped out during the first half, but that didn’t stop the fans from having a field day. “Pete shooting 100% from the 3 point line… this team could take some pointers from him,” a fan quipped in the comments. “Bro got the highest FG% at MSG rn,” joked another.

For what it’s worth, Ratajkowski began fawning over Davidson long before her marriage to Sebastian Bear-McClark came to an end. During a November 2021 appearance on “Late Night with Seth Meyers,” the actor gushed over her comedian pal. “He seems super charming, he’s vulnerable, he’s lovely, his fingernail polish is awesome,” she said of Davidson’s ability to score dates with A-list women. “Like, he looks good, he’s great… [He’s got a] good relationship with his mother, we love it! It’s hard to find him.”