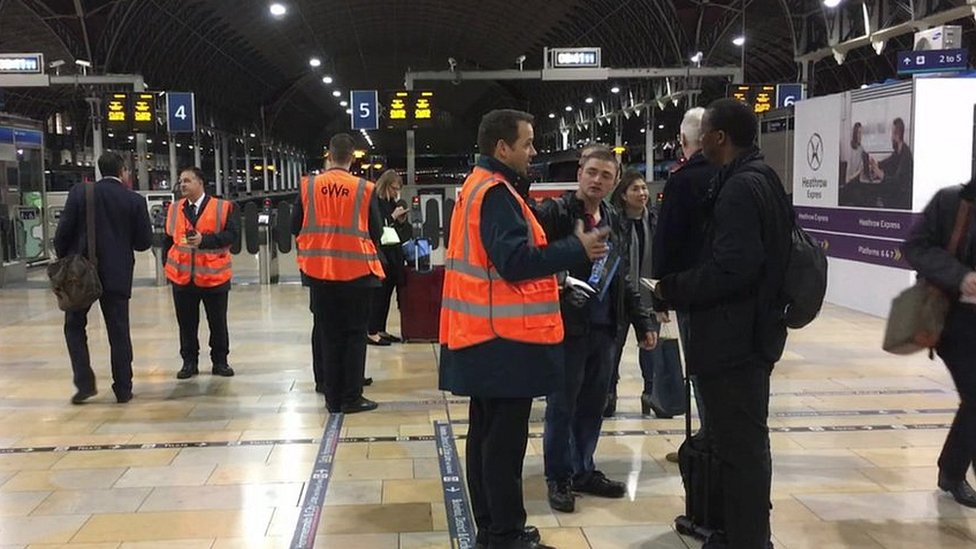 Passengers have been warned to expect major disruption this morning at one of London’s busiest railway stations.

Network Rail said all Great Western Railway (GWR) trains running between Paddington and Slough had been cancelled until at least midday after overhead electric cables were damaged at Ealing on Tuesday night.

Trains between Paddington and Heathrow airport are also not running.

Services were likely to be affected all day, Network Rail added.

There were also major delays for commuters using Victoria Station on Tuesday evening after an electricity supply failure.

GWR said damage to the overhead wires had left many trains stranded on the line between Paddington and Reading.

“Owing to the extent of the damage, no trains are expected to be able to operate between London Paddington and Hayes & Harlington in either direction for much of Wednesday,” the operator said.

“As a result, GWR, TfL Rail and Heathrow Express will not be operating a train service between London Paddington, Hayes & Harlington or Slough until such time as repairs have been completed.”

South Western Railway warned customers their trains into London would be “very busy” as a result of more people using their services.

Network Rail said it was “working to recover all the stranded trains and to rectify the damage to the overhead electric wires”.

It said it hoped to reopen two of the four affected lines from midday, but GWR advised passengers not to attempt to travel between Paddington and Slough until at least 12:00 BST.