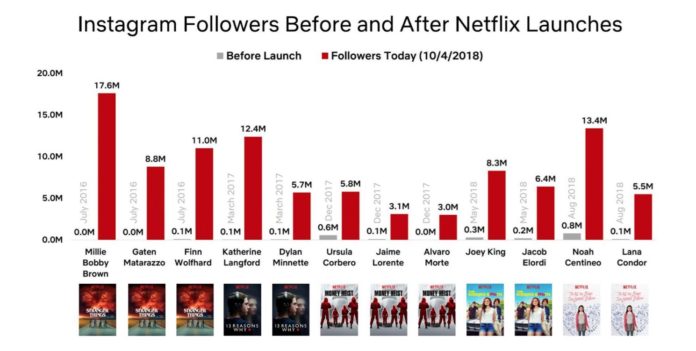 Netflix bragged about its movie and TV stars and their Instagram followers during the company’s third-quarter earnings report Tuesday.

“When our service helps our talent develop huge fan bases (from small followings to over 10 million Instagram followers), we can attract the best talent in the world. This explosive growth in popularity is a good indicator that our shows and stars are breaking out around the planet,” the company said in its shareholder letter.

Netflix charted the Instagram follower bump for stars like Millie Bobby Brown from “Stranger Things,” Katherine Langford from “13 Reasons Why” and Noah Centineo from “To All the Boys I’ve Loved Before” after their respective TV shows or movies premiered on Netflix. 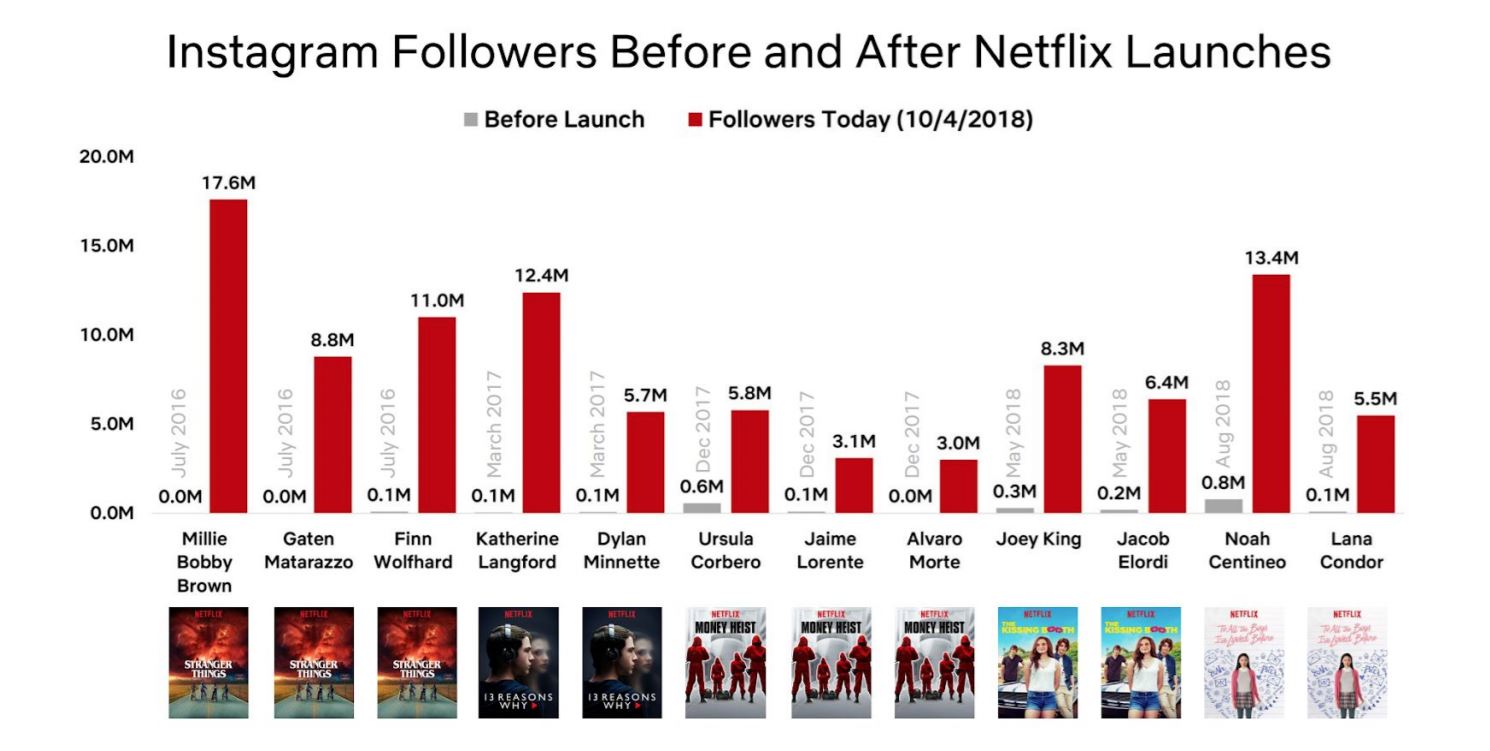 Netflix has long touted its original content as a value driver in the increasingly crowded streaming video space. The company pulls in dozens of Emmy nominations each year.

“That list gives some very specific examples of people who went from being completely unknown to being global superstars in the span of a few weeks or a few months of this quarter alone,” Sarandos said. “So I think it’s evident that things are being found at an incredible pace on Netflix versus getting lost in the sea of things on Netflix.”

The comments could also hint at the company’s strategy in keeping original content affordable.

Netflix delivered a strong earnings report Tuesday, with earnings and subscribers beating expectations. The stock was up as much as 15 percent in extended trading.

Disclosure: CNBC parent company NBCUniversal is an investor in Hulu.