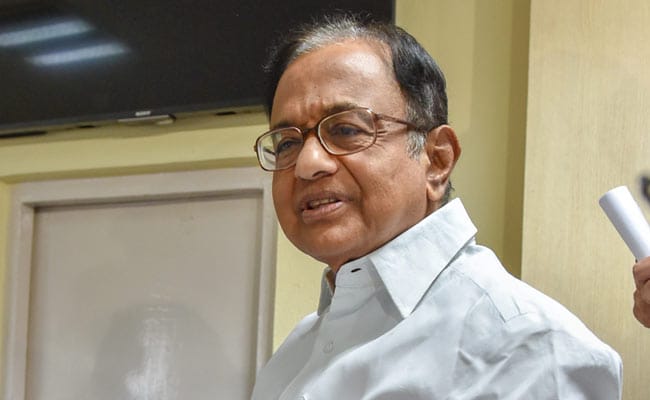 Money laundering is an offence against “society and nation”, the Enforcement Directorate or ED told the Supreme Court today and said it needed custodial interrogation of former finance minister P Chidambaram to unearth the larger conspiracy in the INX Media money case under the Prevention of Money Laundering Act or PMLA.

The Enforcement Directorate told a bench of Justices R Banumathi and AS Bopanna that it cannot show the material collected during the investigation to Mr Chidambaram at this stage as the evidence related to money trail of layers of money might be erased.

Solicitor General Tushar Mehta, appearing for the Enforcement Directorate, said there is no requirement of “exposing the materials, sources and evidence to the accused at the stage of pre-arrest bail” and investigation is the exclusive domain of the probe agency.

“Money laundering is an offence against the society and the nation and probe agency has a right and duty to unearth the entire conspiracy,” he told the bench, adding that the top court has consistently held that economic offences are “gravest of grave” irrespective of the sentence prescribed for it.

“I have materials to show that laundering of money continued after 2009 and even today (in the INX Media case),” he said, adding that the Enforcement Directorate wants to interrogate Mr Chidambaram in custody and without the “protective umbrella” of anticipatory bail.

The Supreme Court is hearing a plea filed by Mr Chidambaram who has challenged the August 20 verdict of the Delhi High Court denying him anticipatory bail in the INX Media corruption and money laundering cases lodged by the CBI and ED.

The arguments in the case would continue during the day.

Mr Chidambaram is currently being interrogated by the CBI and is in their custody.