Owo massacre: How Amotekun would have stopped attack – Afenifere’s Adebanjo 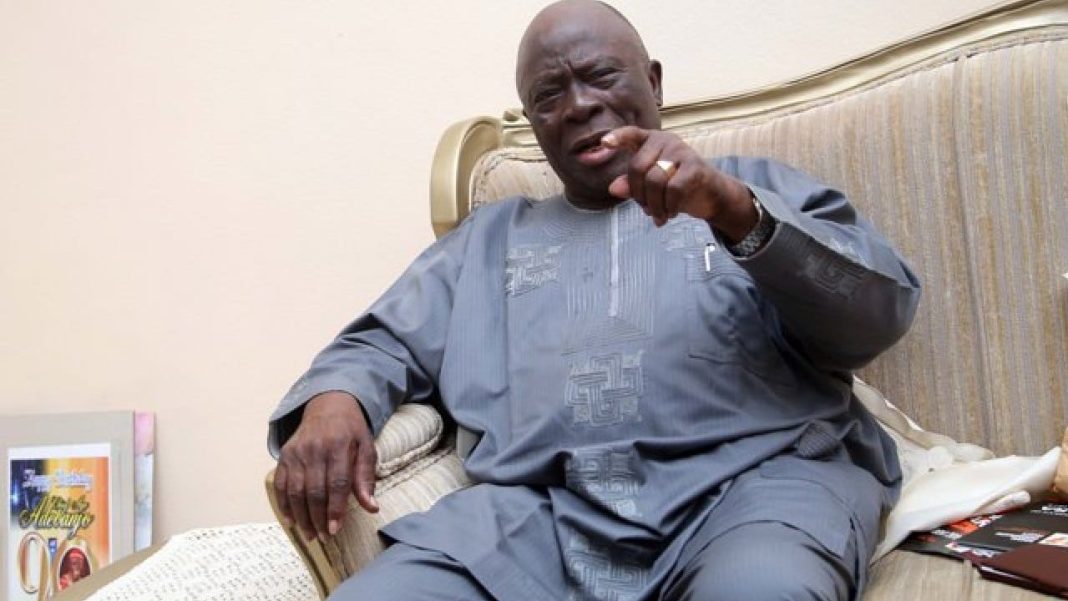 The Leader of the Yoruba socio-political organization, Afenifere, Ayo Adebanjo, has said the attack at St Francis Catholic Church, Owo in Ondo State could have been averted.

Adebanjo said the attack could have been averted if the Amotekun Corps were allowed to carry weapons.

He stated this while leading a delegation of Afenifere to commiserate with the Ondo State Governor, Rotimi Akeredolu and the people of the State over the Owo carnage and was contained in a statement by the organization’s National Publicity Secretary, Jare Ajayi.

Adebanjo said if the “Ondo State Government was in total control of the State’s security, the terrorists’ planned attack would have been detected before the dastardly act was carried out.”

The Afenifere leader reiterated the call for the “immediate establishment of State Police,” adding that the Amotekun should be allowed to carry weapons.

According to Adebanjo, Nigerians in the “Southwest would be better protected if Amotokun personnel were allowed to bear arms.”

He said: “They wanted to lure us out and use it as an excuse to unleash terror on our land.”

DAILY POST recalls that no fewer than 40 persons out of the 127 involved in the attack were killed, leaving 61 survivors currently on admission in different hospitals and 26 already discharged.