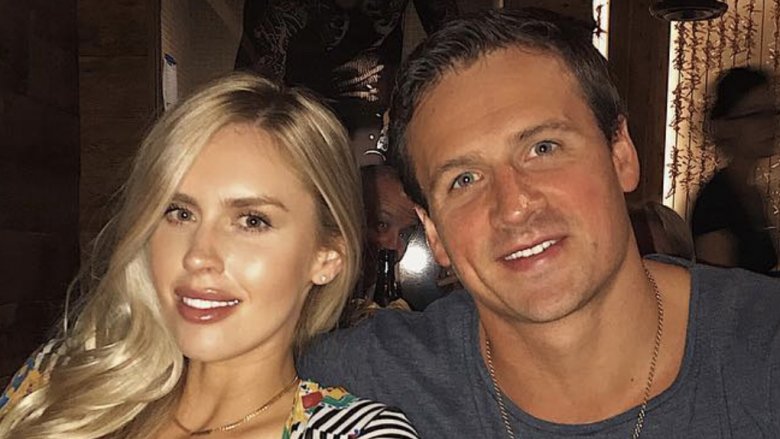 On Sunday, Sept. 9, 2018, Lochte and Reid married in an outdoor ceremony at Monroe Estate in Palm Springs, Calif. in front of 100 guests, as reported by People. The pair’s 15-month-old son, Caiden Zane, served as ring bearer at the wedding. Lochte and Reid had wanted to have him involved in their big day, which is one of the reasons why the two decided to wait to exchange their vows. “We wanted Caiden to be old enough to walk down the aisle,” Lochte told the magazine. “One of our visions was to have him be able to be the ring bearer, so it’s perfect timing!”

The Pure Lavish Events-planned wedding boasted a “romantic” vibe and was decorated with flowers, crystals, and candles. Reid wore a Galia Lahav wedding gown with diamond earrings by Tacori and a tennis bracelet that was her grandmother’s. Lochte, on the other hand, wore a custom tux designed by Giorgio Verdi.

According to People, wedding guests were treated to a shots of tequila, which were poured into custom-made shot glasses that served as place cards, and they enjoyed pizza and Mexican cuisine at the reception — along with three different wedding cakes.

As Nicki Swift previously reported, Lochte and Reid had actually gotten married back in January 2018, getting hitched at a courthouse in Gainesville, Fla.

Before their big, extravagant bash this time around, Lochte and Reid celebrated with Bachelor and Bachelorette parties. E! News reported that Lochte partied at the Hakkasan Las Vegas Restaurant and Nightclub with friends, while Reid exercised at a workout class with her pals before hitting the beach.