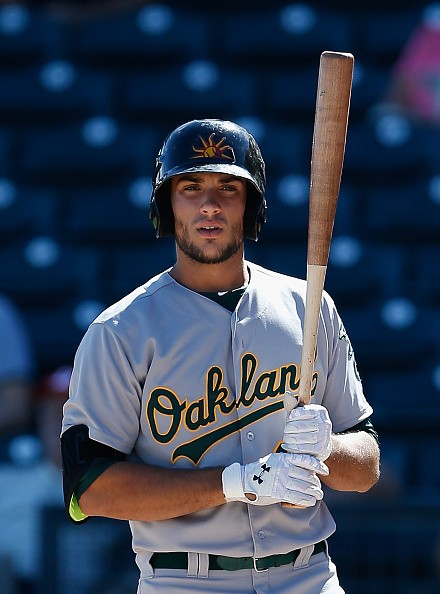 Hahn last pitched for Oakland on May 23, but he exited the game early and a few days later went on the DL with a triceps strain. Prior to that injury he’d been enjoying the makings of a bounceback season, and his 2.85 FIP still ranks as one of the best among all MLB starters. He made a solid rehab start in the minors last week and will now face the Blue Jays in his return on Tuesday.

Meanwhile, Olson’s second cup of coffee in Oakland this year was even briefer than the first. This time around he only got one plate appearance — on Sunday, during a 9th-inning comeback attempt against the Nationals, he entered as a pinch-hitter for Trevor Plouffe and drew a seven-pitch, bases-loaded walk. He’ll return to Nashville for now, where he has absolutely brutalized the ball since his previous MLB callup in late April:

(Note: C Bruce Maxwell and RHP Raul Alcantara are not listed, but they are on the minor league DL.)

Hot takes: This surely isn’t the last we’ll see of Olson this summer. It’s June now, and the A’s are in last place again, which means it will soon be time to take the next step in this rebuilding season. (More on that from Susan Slusser of the S.F. Chronicle.) Olson is too hot to ignore and he’s clearly the next of the Triple-A prospects to be ready for an extended MLB trial; the only question is how to fit him in Oakland’s lineup, where he’s currently blocked by potential All-Star Yonder Alonso and the resurgent Matt Joyce.