Tyronn Lue says J.R. Smith will start in Game 3 of The Finals 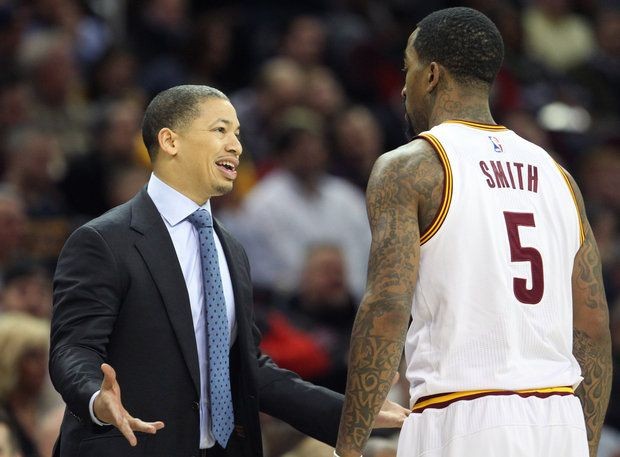 The Cleveland Cavaliers are facing a 2-0 series deficit to the Golden State Warriors in The Finals. After the Cavs’ loss in Game 2, a report circulated that coach Tyronn Lue would perhaps consider Iman Shumpert as his starting shooting guard in Game 3 in place of J.R. Smith.

During Tuesday’s Finals media availability, though, Lue shot down that notion clearly and said Smith will continue to be in the starting lineup in the series …

Ty Lue said J.R. Smith will start in Game 3, not Iman Shumpert. There had been rumblings of a possible swap.

Lue says J.R. Smith will remain in the starting lineup for Game 3, will not be replaced by Shumpert.