Photos: Community members protest over ‘mysterious’ death of young waitress at a popular hotel in Umuahia 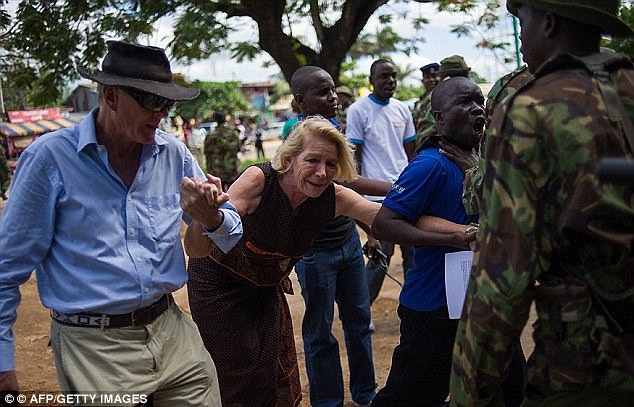 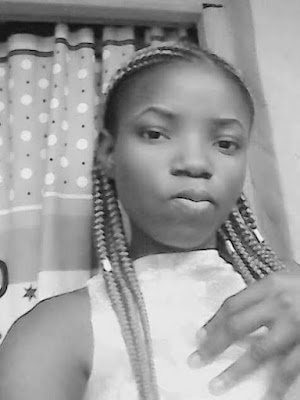 Angry members of Ohokobe Mbaocha Ndume Ibeku community in Umuahia north local government area of Abia state, on Tuesday, staged a peaceful protest over the death of their daughter, Miss Happiness Emehara, who died under mysterious circumstances at a popular hotel on May 31st. 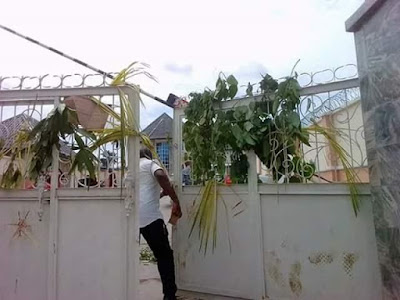 The protesters, brandishing placards with various inscriptions, marched to Buri Ji Hotel, demanding for explanation from the management on what caused the death of Miss Emehara, who worked as a waiter at the hotel.
Speaking on behalf of the protesters, Mr. Iyke Ogbuehi said that the incident has been reported to the Abia police zone 9. 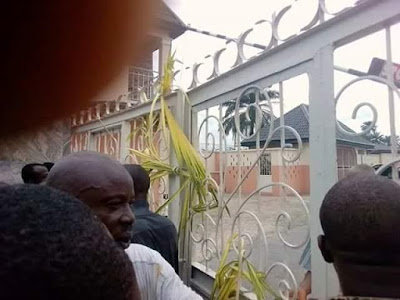 “We are heard to demand explanation on what caused the death of our daughter, Happiness Emehara in the hotel, because since the demise of our daughter, the management of the hotel has not come to tell the community what led to her death”. said Mr Ogbuehi.
“The police is aware and have not done anything to ascertain the mystery behind our daughter’s death”.
Narrating how the incidents happened to newsmen at the scene(Hotel), an eyewitness and also a female staff of the hotel who gave her name as Favour Owom said she went upstairs to give the deceased her toothpaste to use. On getting there, she saw her lying on the floor in-between the bathroom and a room, holding shower handle. 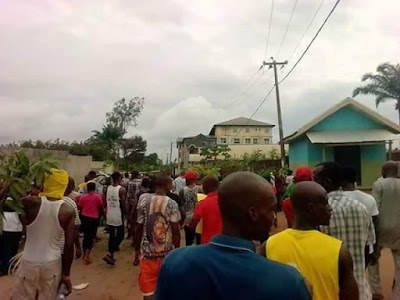 Miss Owom said that her screams drew the attention of other staff members who then rushed Emehara to a hospital, where she was confirmed dead.
“What happened that day was that my colleague asked me to help her with toothpaste. As I reached there to get the toothpaste, I saw happiness lying on the floor in between the bathroom and a room, holding that shower handle, so I started shouting, our colleagues rushed and carry her to the hospital, where they said she was dead”.
Another eyewitness, Uche Kanu, who claimed he lodged in the hotel when the incident happened, said he rushed to the scene when he heard the commotion and was told that the deceased was electrocuted while bathing with shower handle.

“My brother, I was at the upstair, I heard voices, shouting off the light, off the light, as I got there and i asked what was the problem, I was told that the deceased was electrocuted while bathing with shower handle”.