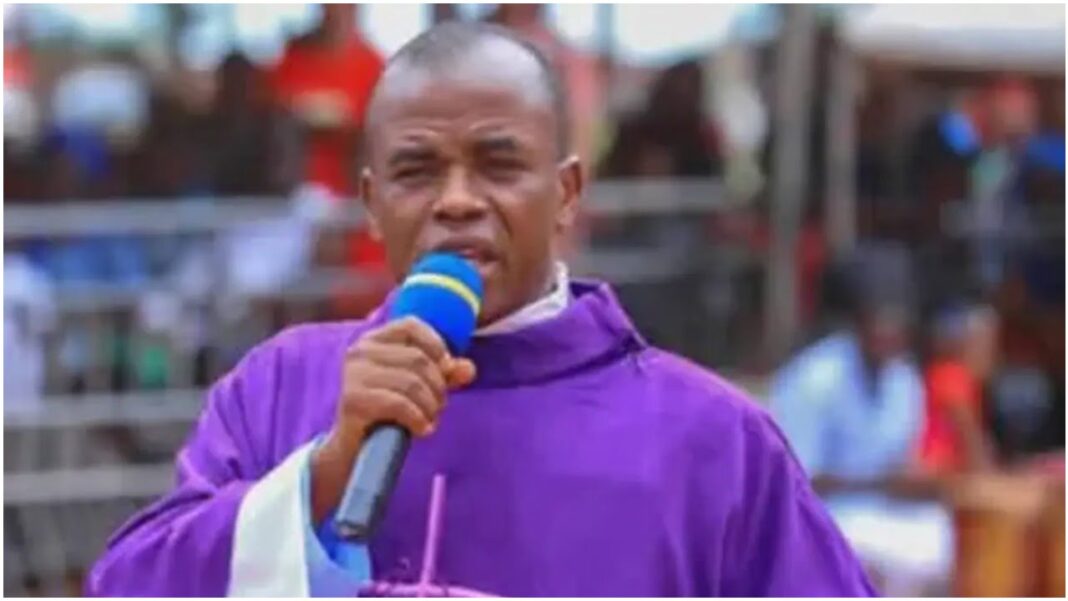 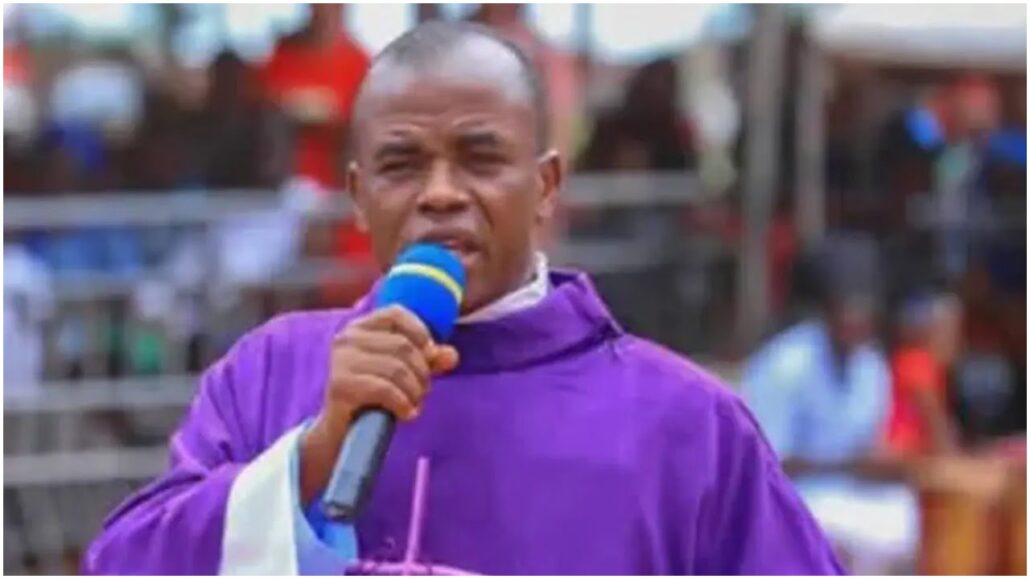 Rev. Ejike Mbaka, the Spiritual Director of the Adoration Ministry Enugu, Nigeria (AMEN), has said handcuffing Mazi Nnamdi Kanu, self-acclaimed leader of the secessionist group, Indigenous People of Biafra (IPOB), will not stop the agitation for the disintegration of Nigeria.

The Catholic priest, who spoke during a sermon, said even if the Nigerian Government handcuffs hundreds of secessionists, the agitation will continue due to hardship in the land.

Recall that after over two years of man-hunt, the Federal Government on Tuesday disclosed that it had re-arrested Nnamdi Kanu.

The Attorney-General of the Federation and Minister of Justice, Abubakar Malami, SAN, who confirmed the development, said he was re-arrested by a combined team of Nigerian and foreign security agents in a coordinated interception.

The FG, through the Minister of information and Culture, Lai Mohammed, on Thursday addressed reporters on the development but maintained silence on the country that the fugitive was nabbed.

Mbaka, who attributed the Southeast (Biafra) and the Southwest (Oduduwa) to hardship ravaging the entire nation, alleged that the Southeast Governors influenced Kanu’s fall.

He said, “Even if they put handcuffs on hundreds of Nigerians, agitation will not stop. On the contrary, handcuffing them will even increase agitation.

“You cannot tie people down when they can not afford what to eat. School fees in Enugu are at the highest level. And parents, after suffering from training their children, the children will still be at home.

“The agitation will not stop just because some people are handcuffed. So I asked our leaders to sit down and not sell their people.