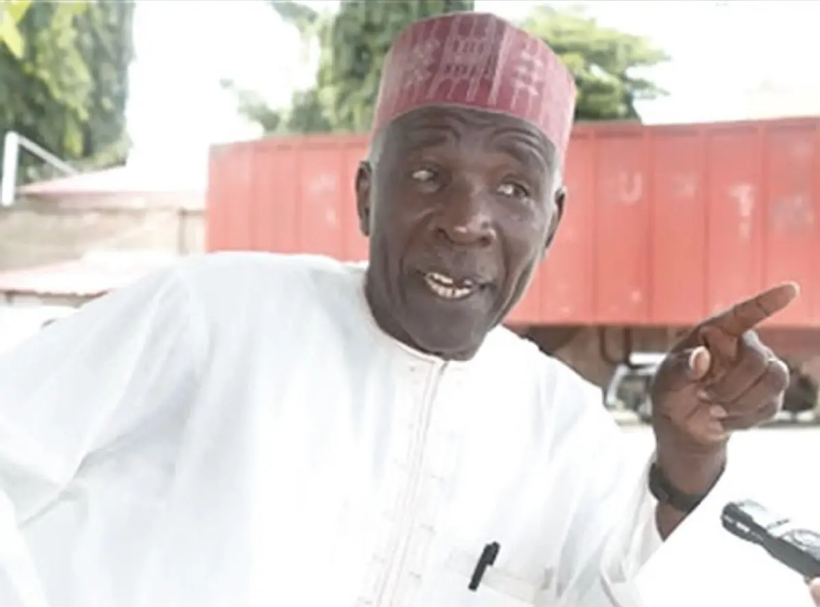 Buba Galadima, a former leader of the defunct Congress for Progressive Change, CPC, has alleged that some government officials would want banditry to continue.

Galadima said some of the officials want banditry to continue due to the economic gains from the criminal act.

he estranged political associate of Buhari also maintained that the Federal Government was unwilling to confront banditry’s menace in some parts of the country.

According to Galadima: “The Federal Government itself does not want to fight this war against bandits, so if their posture of not trying to fight this war to a logical conclusion suggests that they are part of the system, then I concur.

“I feel there are a lot of people in government who really do not want this fight to end because of the economic value to them, just like the Katsina governor had said.”

Stressing that Gumi was only filling a vacuum left by the Federal Government, Galadima stated that those against the cleric’s interaction with bandits are unpatriotic Nigerians.

He said: “Those saying Gumi’s interaction with bandits is treason is unpatriotic Nigerians. What Gumi has done is that he has tried to fill a vacuum created by those in authority, and this is why concerned citizens are taking it upon themselves to see what they can do to bring about a solution.

“There is nowhere in the world that this should be reasonable. Gumi is not going there to encourage them into violence but to see things from their perspective, what led them into such, and then interface in bringing about solutions. Because Gumi is the one doing this, some people in authority don’t like his face.

“Please, we should build Nigeria; if it takes Gumi and others to talk to these bandits to drop their arms so that some of us can travel from Abuja to Kaduna without fear, let it be. Gumi is doing what I cannot do; if I’m in the position to talk to them, I will.”

He also suggested that the Federal Government should negotiate with bandits as a way of resolving the menace.

“If the Federal Government cannot defeat them in war, why can’t it negotiate with them? The federal government has shown that they are incapable of defeating these bandits or Boko Haram.

“So, as an ordinary citizen, what will you suggest? You people have the adage that if you can’t beat them, join them. I don’t think the government is willing to settle this issue because some people enjoy it or gain from it, so they can never sort it out. The only thing is for all of us to come out and chase them out of power, then find another group,” he said.