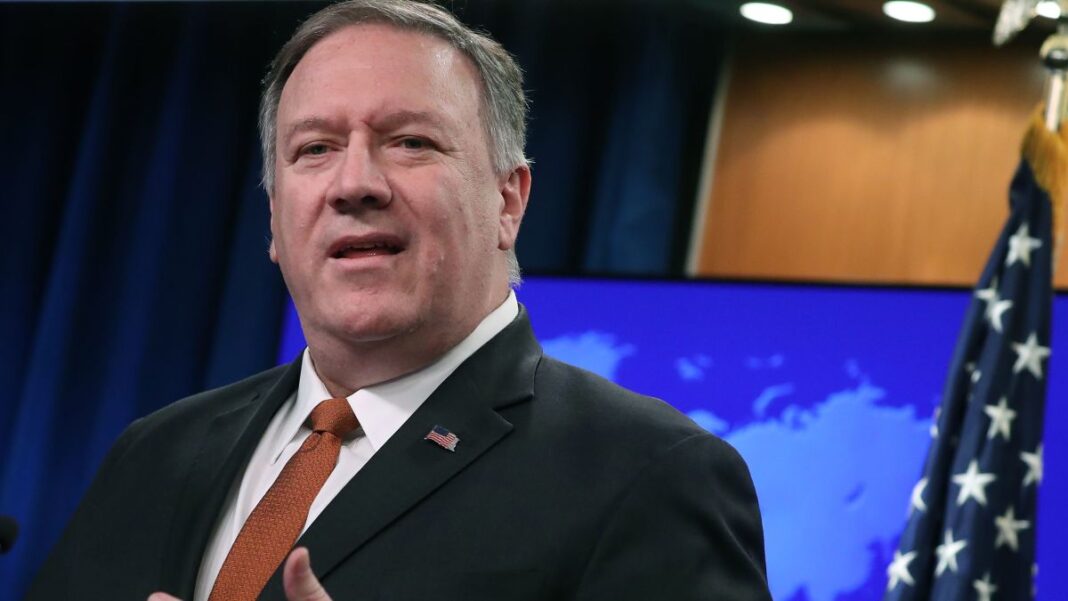 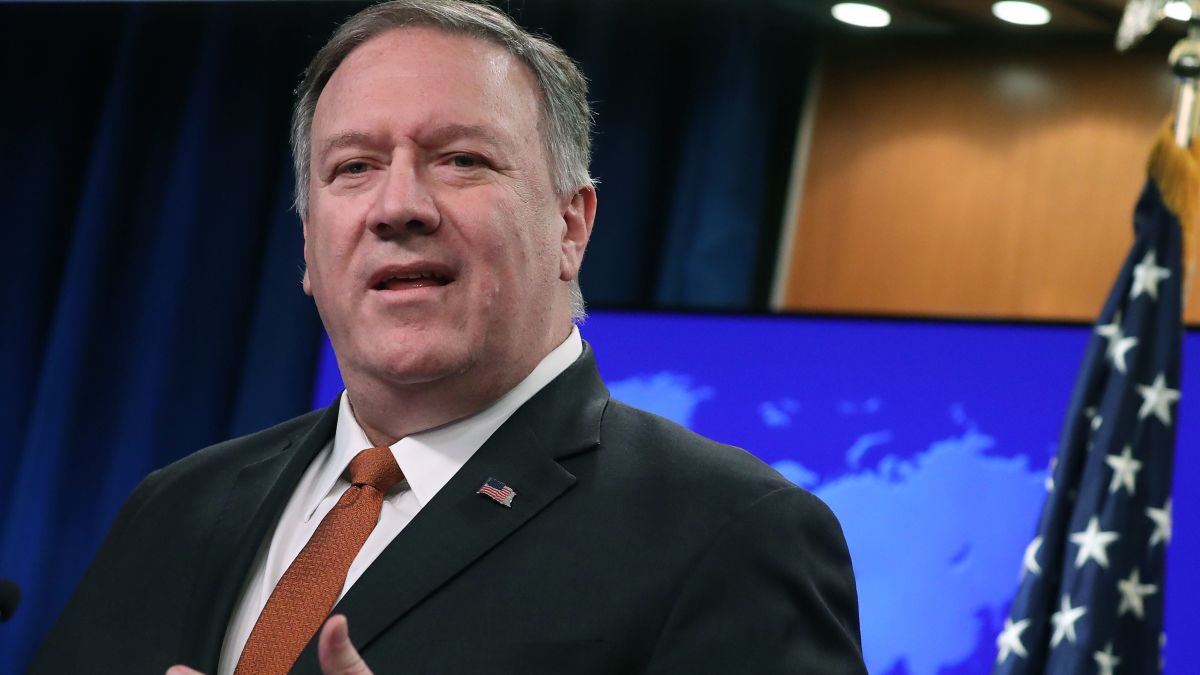 Nigeria news : Religious persecution Facts qualify Nigeria for Country of Particular Concern status – Group, The Nigerian- US Diaspora Professionals have hailed the US State Department and Government for its decision, to place Nigeria on the Watchlist of Persecuting Countries.

The group in a letter to the US Secretary of State, Pompeo, observed that based on facts on ground, following the persecution of Christians in Nigeria, the country is qualified for the Country of Particular Concern, CPC, status.

The stakeholders noted that the Watchlist stage is the last stop before full designation as a CPC, adding that the action has move the process forward towards recognizing Nigeria as a major global epicenter of religious persecution about 20 years since the IRFA reporting and ranking mechanism was put into place by the Clinton administration.

The Professionals noted that the Nigerian government in its response has rather taken to numerous attacks and diatribes against the US for what they described as this factual, evidence-based and welcome development, instead of seizing the opportunity to address the sorry situation by joining the international alliance on religious freedom the U.S is launching in 2020.

They noted that Sudan, on the other hand, whom was also placed on the warning Watchlist has apologized to its citizens for past persecution and recognized Christmas officially as a holiday.

The letter states, “While we commend you for placing Nigeria on the warning watchlist, we respectfully submit that Nigeria is eminently qualified to be designated as a Country of Particular Concern, CPC. Our assessment of the USCIRF REPORT which had recommended that the US designate Nigeria a full CPC, has again over the years shown the need for more in-depth reporting which might have otherwise convinced you of the gravity of the persecution of Christians in Nigeria.

“Their report correctly identifies State complicity through impunity among other things, in condoning ethno-religious violence and discrimination as a key factor leading to the downward spiral in Nigeria’s religious freedom.

“The report also highlighted the failure of government to implement strategies to prevent violence while agents of the State acted in perpetuating violence against civilians.

The Nigerian-US Professionals noted that the report was lopsided in a number of respects as, “First, the report creates an illusion of an equal amount of violence against Christians and Muslims. This is not the case, as a cursory reading of national dailies during the period would reveal. Particularly in North Central Nigeria, Christians and communities of ethnic nationalities have been victims of a steady stream of violent attacks and killings throughout 2018 and in the years leading up to it.

“However, from 2009, Boko Haram escalated frontal attacks against State agents and specifically targeted Churches for attacks in the Northeast.

“Secondly, clashes between farmers and herders. This is a misleading narrative and a distortion of reality.”

The professionals explained that the 2018 Global Terrorism Index report revealed that Fulani herdsmen killed nearly 1,700 people between January and September only, – six times more than those killed by Boko Haram during the same period.

It added, “According to the report, 78% of deaths committed by Fulani extremists since 2010 have been carried out as armed assaults.

“This certainly does NOT fit the definition of ‘clashes.’ Most of these violent attacks took place in the predominantly Christian “Middle Belt” region, notably Benue, Plateau, Kaduna (Southern), Taraba and Adamawa states. AK-47-wielding gunmen described as herders, some armed with military-cadre sophisticated weapons and machetes, launched attacks against civilian communities leaving many dead, widowed, orphaned, homeless and dispossessed of their lands. Many of the victims fled their communities and thousands are now Internally Displaced Persons (IDPs). Some Southern States have also come under attacks.

“It is important to note that climate change, desertification, urbanization development have impacted land use pre-dating 2009. Therefore, the upsurge in these attacks requires a nuanced explanatory framework that includes ideology, links with global terrorist agendas, land grabbing/occupation, identity-based interests/hostilities.

“The failure of de-radicalization efforts mentioned in the USCIRF report shows the critical role of ideology/theology of violence in Nigeria. Many who underwent such ideologically inspired programmes went back to their groups and networks.”

The professionals noted that the fact remains that Christians in Northern Nigeria are targeted for violence primarily on account of their faith and social identity along with their ethnicity, gender, occupation and land ownership.

They opined that in its summary, substance and recommendations, the report downplayed the incidence, intensity and severity of violent attacks targeted at Christian communities and individuals.

According to the Professionals, “For instance, the report specifically identifies the Islamic Movement in Nigeria, IMIN, and its leader, El-Zakzakky, as victims of state repression and violence. Yet, it fails to mention Christian religious leaders, such as the two Reverend Fathers – Joseph Gor and Felix Tyolaha – who were murdered along with 17 other worshippers in St. Ignatius Parish in Mbalom, Benue state on April 24 2018.

“They were targeted and brutally killed during morning mass. They were neither farmers nor land owners involved in any land disputes. In fact, one of the priests had fled from attacks in his Parish.

“Not only did the report not mention these martyrs by name or even the name of their Church, it went on to narrate a fictional claim of reprisals against Muslims which never happened in Mbalon.

“Finally, the report was silent on State-based structural and systemic discrimination against Christians at State, Community and Federal levels. This has been going on in Northern Nigeria since Usman Dan Fodio jihad a century ago.”

The group said that structural violence could be seen in the current brazen lopsided nature of federal appointments which are openly skewed against Christians in violation of the Federal Character Principle of fair and equitable representation enshrined under the Section 17 (5) and (10) of the 1999 Constitution.

The Diaspora professionals added, “In order to guarantee the rights of all to justice, equity and human rights protection and promotion, it is essential that any situational analyses of religious freedom in Nigeria needs to intentionally refrain from political correctness by stating the facts just as they truly are. Perpetrators and victims/survivors of violence should be clearly identified, reported and recommendations put forward accordingly.

“Given the above, we feel that Nigeria qualifies for CPC designation if all the material facts were made available to you. Nonetheless, we very much commend the efforts made by USCIRF and DOS to document these atrocities.

“It is our hope that in the current reporting year (2019), the full facts will show the need to review the current designation to full CPC status as the government of Nigeria has shown unwillingness to end the impunity and rescue the citizens from sustained insecurity and the existential threat which Christians face in the country today.”