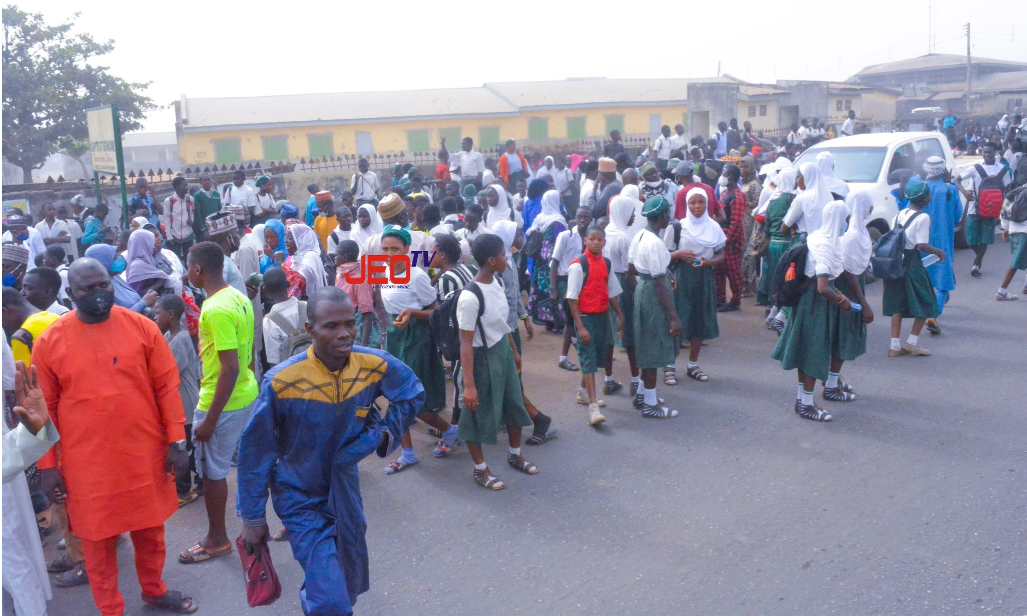 Violence broke out at Surulere Baptist School in Ilorin on Wednesday as the school’s Christian staff defied the directive by the Kwara State government asking the ten mission schools to close down over the hijab issue to resume classes.

that the Muslim girls who resumed classes in their hijab dres’s code were stopped by the school’s Christian staff, which provoked the girls and their parents on the ground.

The verbal exchange which followed between the Muslim parents and the Christian staff soon turned into an exchange of dangerous objects, including stones between the two parties.

Our correspondent reports that security operatives who were called in had to use teargas to disperse the rowdy scene before bringing the situation under control.

School pupils who resumed classes, parents, and teachers had to scamper for safety amid rains of teargas by the security operatives.

The situation was calm at St James School, Maraba and C&S College, Sabo Oke, but no pupil or student was allowed to enter the schools as they remained under lock and key in defiance of the state government’s directive.

wowplus news at about 11.30 a.m, pupils and teachers of St Barnabas LGEA School, Lajonrin Street, Sabo Oke, were chased out of the school premises with pupils jumping out of the windows.

Another report said yesterday’s resistance by the Christian community of the ten schools’ resumption started at ECWA primary school Oja Iya, around 7 a.m, with a protest before spreading to Surulere Baptist School.

At the time of this report, no official reaction from the state government had been released.