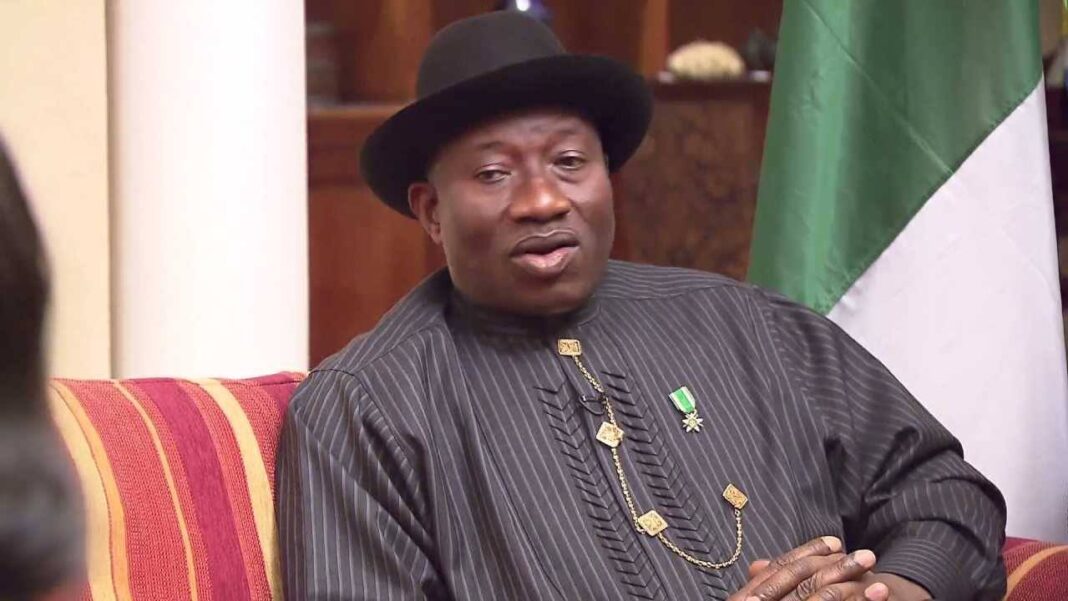 DAILY POST had reported that Goodluck Jonathan, had expressed disappointment over the late arrival of election materials to his polling unit.

Jonathan, who was expected to cast his vote this morning, met only journalists on ground, when he arrived his polling unit about 8:30a.m.

However, the News Agency of Nigeria (NAN) reported that Jonathan voted at 11.30 a.m., while his wife voted at 11.35 a.m.
Speaking on the voting process, Jonathan said, “We must conduct ourselves if we want to real bring people to rule us either as president or governors.
“Nigerians are always blaming people in authorities and the leaders, so here they must blame themselves.

“Look at even this voting, I was around earlier, but the materials had yet to arrive in the polling unit.

“I have led election monitoring teams to other African countries, we use to go 30 minutes before the time and in our reports, we indicate the exact time when the vote starts.

“So, for election to start after that time it is an indictment to the electoral body that manages election, there is no reason here election should not start by 8:00 a.m.

“So, even the youth should stop blaming old people, you blame yourselves and do things properly.

“I am really disappointed on what I observe today compare to other African countries I monitor elections.”