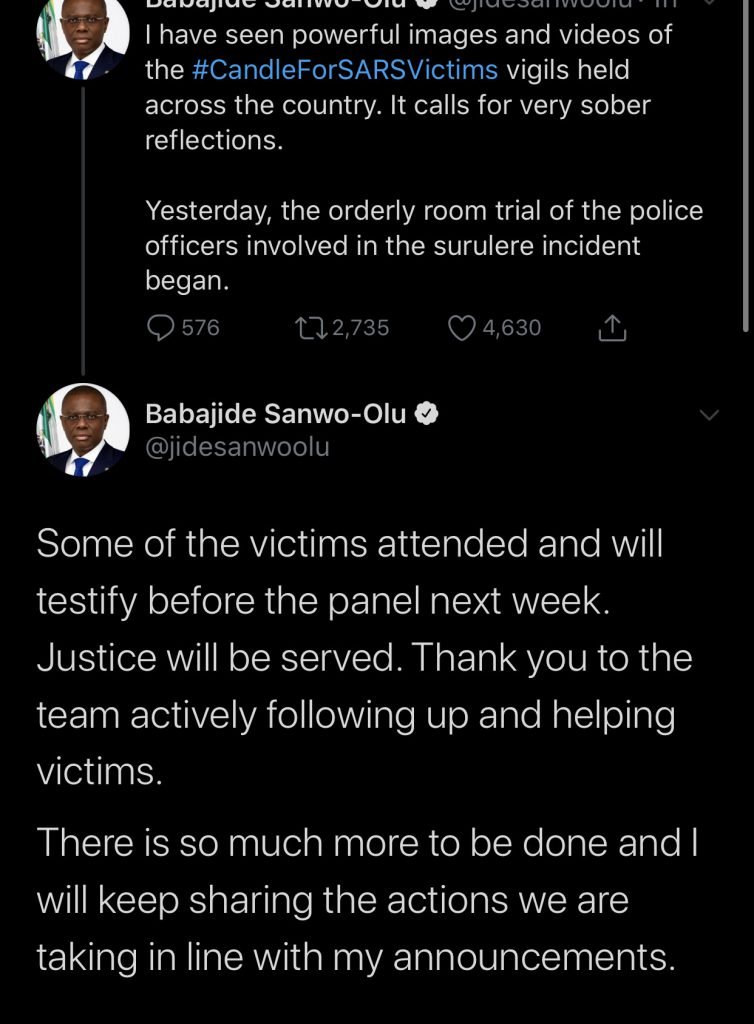 The EndSARS Governor of Lagos State, Baba Jide Sanwo-Olu has revealed that the trial of the police officers involved in the Surulere incident has begun.

wowplus.net had reported that the Governor on Thursday named the policemen who harassed protesters at the Area C Command Police Station in the Surulere area of the state.

Sanwo-Olu, in a media briefing on Thursday, gave their names as Bagou Michael, Ekpoudom Etop, Nnamdi Madura and Akinyemi Benson.

He also said that some of the victims attended and will testify before the panel next week.

“I have seen powerful images and videos of the Candle for SARS victims vigils held across the country. It calls for very sober reflections.

“Yesterday, the orderly room trial of the police officers involved in the Surulere incident began.

“Some of the victims attended and will testify before the panel next week. Justice will be served. Thank you to the team actively following up and helping victims.

“There is so much more to be done and I will keep sharing the actions we are taking in line with my announcements,” he said.