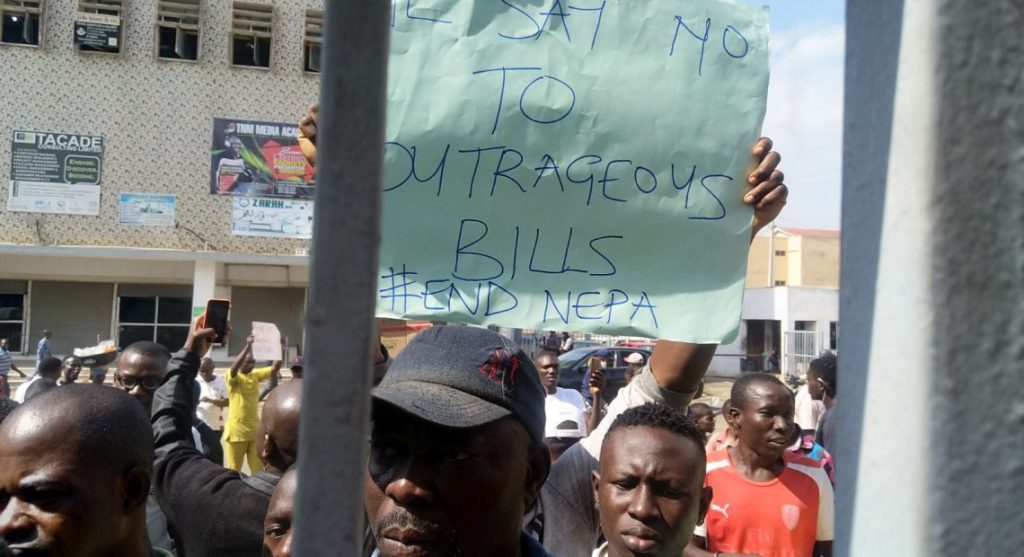 Some residents of Ibadan on Monday took to the streets to kick against outrageous bills by Ibadan Electricity Distribution Company (IBEDC).

Our correspondent recalls that the Lagos- Ibadan expressway has been blocked.

DAILY POST reports that the Ibadan end of the expressway in Ibadan, the Oyo State capital was blocked by angry Nigerians calling for the total ban of the Special Anti-Robbery Squad (SARS).

The road was blocked in the early hours of Monday by the protesters.

The blockage of the expressway which links Ibadan and other parts of the country was in continuation of the nationwide call for the ban of SARS. Commuters are currently stranded on the expressway.

Some of the protesters said that they are demanding total police reform.

They added that banning SARS is not enough but demands an end to police brutality.

The protesters carried various placards with inscriptions saying “No to outrageous bill”, “IBDEC we reject your killing bill” and “We need prepaid meter”.

A spokesperson for the protesters, Mr. Goke Ojo noted that the estimated billing by IBDEC was exorbitant.

He added that this is causing economic hardship for consumers and urged the federal government to quickly attend to their demands.