Congress of the Nigeria Union of Journalists (NUJ), Oyo State council held on Saturday ended in stalemate as some members of the union rejected the nomination of members of electoral committee for the state Council election.

DAILY POST reports that about 61 members attended the congress.

The state election is billed to take place in December this year.

However, some journalists numbering over 40 rejected the nomination of the Chairman of the committee, Azeez, Secretary, Fasasi and Ajayi.

They raised their opposing voices immediately the Chairman of the union, Adewumi Faniran read the names.

Those who opposed the nominations argued that Fasasi, a subordinate to Faniran at FRCN is also the Director-General of Faniran campaign, hence he is not qualified for the position.

They also rejected the nomination of Azeez, whom majority of the members present claimed does not have a medium where he works. The angry members said that they will not allow a non journalist to serve as Chairman of the electoral committee.

A member of the Correspondents Chapel and Oyo State Correspondent of THISDAY Newspapers, Mr. Kemi Olaitan, challenged the list and admonished the outgoing Chairman to live by his words in upholding the constitutional provision in the spirit of peace, justice and fairness.

Olaitan, who was later backed by other journalists, including Jeremiah Oke of Daily Trust, Adebayo Raji of Herald, SWAN Chairman, Niyi Alebiosu of Tribune; Lekan Shobowale of BCOS and a host of others, asked Faniran to step down nominations of Fasasi and the chairman of Correspondents’ chapel, Ola Ajayi of Vanguard, who they said would not be fair in discharging the duties expected of them “because of their partisanship and closeness to Faniran.”

However, the Chairman stuck to his gun, x-raying the qualities of the nominees as people who would conduct the election.

But Alebiosu counselled him to put the matter into motion and subsequent voting.

The Chairman at this stage began to reel out conditions for voting, calling for motions and this further polarised the congress as temper rose.

In counting those in favour of the committee to stand as constituted, 24 members voted in their support and sensing that the remaining members were in majority, he ruled that the committee had been adopted.

This angered the members when Raji protested again and the visibly enraged Chairman called him “a bastard” and not a member of the union.

This infuriated Raji and the entire hall erupted into chaos. 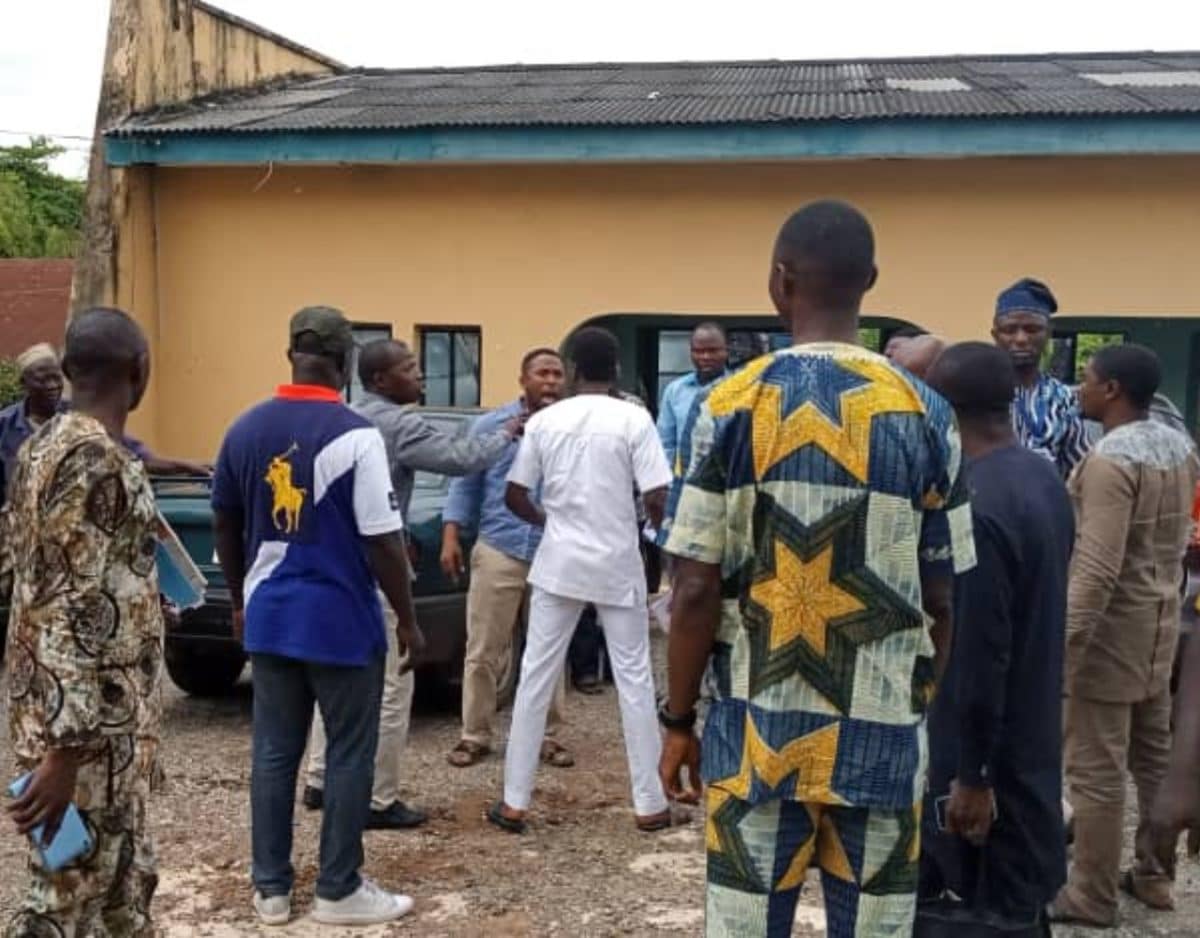