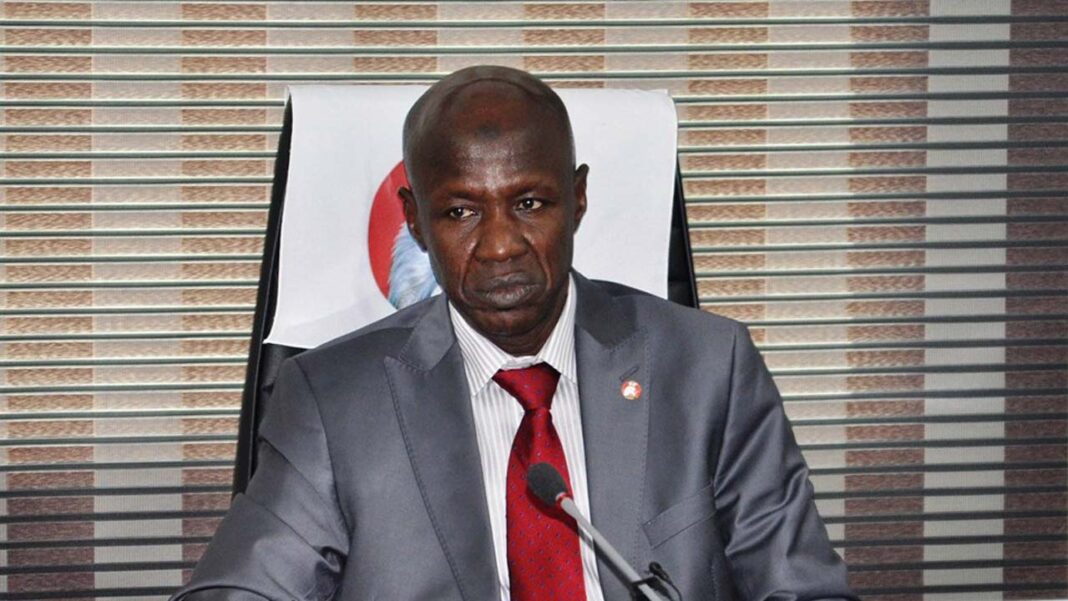 The Economic and Financial Crimes Commission (EFCC), said it recorded no fewer than 200 arrests of Internet fraud suspects, popularly known as ‘Yahoo Boys’, in October alone.

The Acting Chairman of the commission, Mr Ibrahim Magu, stated this at an interactive session with newsmen on Friday in Abuja.

According to Magu, the biggest catch of the commission was an Instagram celebrity, Ismaila Mustapha, a.k.a Mompha, and his Lebanese accomplice, Hamza Koudeih.

He said the suspects, who were “kingpins of an Organised Cyber Syndicate Network (OCSN)”, allegedly laundered a total of N33 billion.

Magu said: “Five wristwatches valued at over N60 million were recovered from Mompha at the point of arrest.

“Investigation has also revealed that he operates 51 bank accounts in Nigeria with which he acquired properties in Dubai and had laundered about N14 billion through Ismalob Global Investments Limited.

“His accomplice, Koudeih, also has two firms namely: THK Services Limited and CHK properties Limited with which he has allegedly laundered about N19 billion.

The EFCC boss said the arrests underscored the agency’s commitment to the fight against corruption and economic crime.

He added that there were also clear messages to “high end fraudsters that they can only run, but cannot hide, sooner than later, we will get them”.

“The effort to flush out all fraudsters continues. At the same time, we will sustain the tempo of vigorous prosecution of fraud cases in court.

“Indeed, fraudsters account for a huge percentage of the 890 convictions that has been recorded by the commission this year.

“A number of assets have been seized, while victims have also enjoyed restitution by order of court,” he said.

While noting that the battle “is far from being won”, the anti-corruption czar renewed his appeal for the support of stakeholders, especially the media, for the commission.

Magu said the youths, who were mostly involved in cyber fraud, needed sensitization to the consequences of their actions not only to their future but to the nation’s image and economy.

He restated the commission’s resolve to rehabilitate those ready to turn a new leaf, and help them to put their skills to good use.

“The youth must learn the virtues of integrity and hard work as the path to sustainable wealth.

“They must realise that crime does not pay; rather it will destroy their prospects and ruin their chances of decent living.

“For those who are remorseful and prepared to turn a new leaf, the commission is fully disposed to help in channeling their energies and cyber skills to positive venture.

“We are considering a policy that will help in the rehabilitation of convicted, but repentant internet fraudsters.

“This is to ensure that their skills are positively applied in helping to build a better Nigerian society,” Magu said.