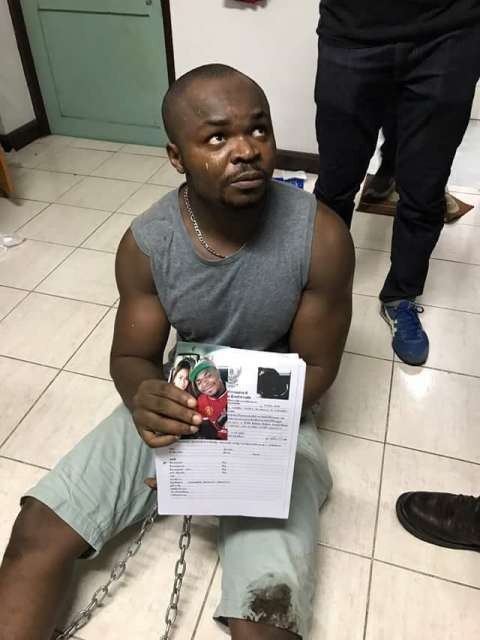 A notorious Nigerian drug baron who had been declared wanted in Thailand has been arrested in a sting operation.

A 34-year-old Nigerian man, Charles Ndubuisi Umemma, described as one of the most notorious drug barons in Asia, has been arrested by Narcotic officials from the Narcotics Suppression Bureau [NSB], during a raid in Thailand.

According to Thai News, Umemma who has been elusive for many years and had been declared wanted on a court-ordered arrest warrant, was arrested in Bangkok’s Bang Kapi district during a raid where over 10 other drug dealers including Nigerians, were arrested.

Deputy National Police Commissioner,Chalermkiat Srivorakan, who led the arrest of Umemma, told a press conference that Umemma will face charges of obtaining and possessing ‘ice’ with intent to sell and send to Australia.

The police said they got information Ummema had tried to send 120 grams of ‘ice’ to Sydney at the time he was apprehended.