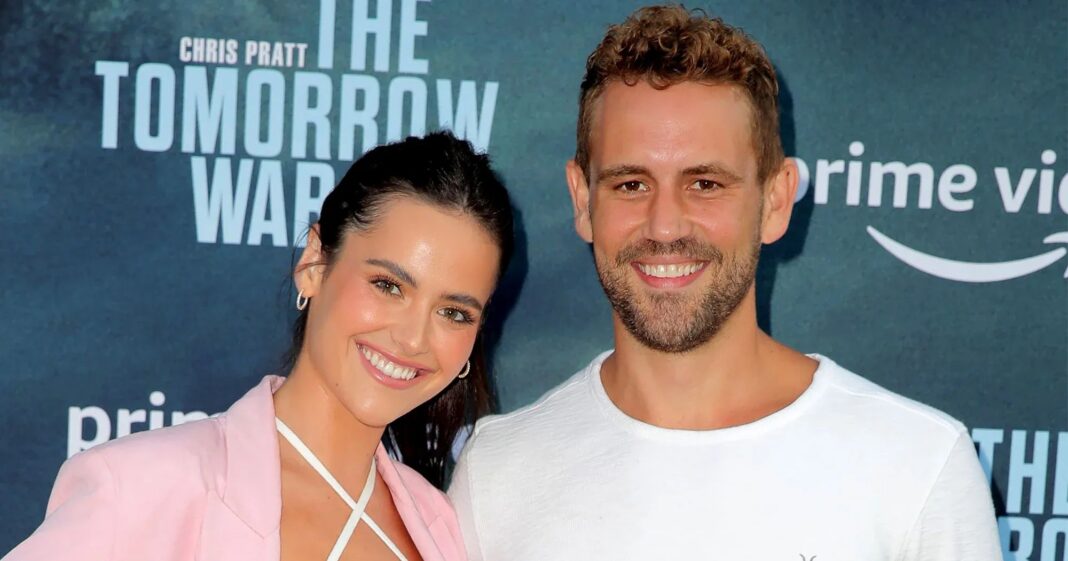 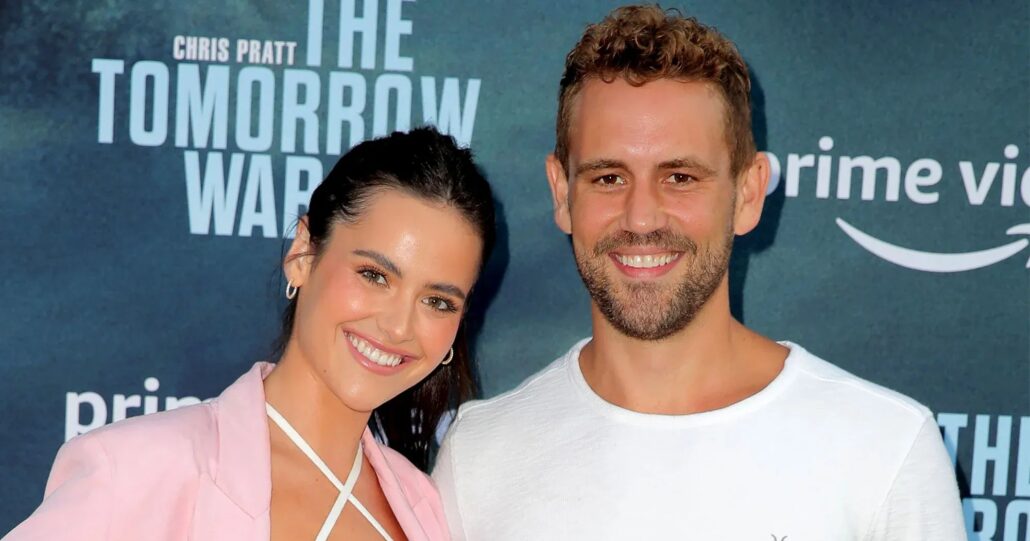 The “Viall Files” host and surgical technologist were first linked by fans in 2019, but speculation about their relationship didn’t start heating up until 2020. In February 2021, shortly after the pair first went public as a couple, Viall admitted that they met after Joy slid into his Instagram DMs.

“It was very romantic,” he joked during an episode of his podcast. “We kind of kept hanging out, and she finally got to a point where she was like, ‘I want to date,’ and I was kind of like, ‘I don’t know.’ … She just was like, ‘OK, this is what I want. It’s fine, no big deal, but I’m gonna go do my thing,’ and she did, and I was like, ‘What?!’ … She went and showed me exactly what I’d be missing.”

The former reality star has a history of sliding into DMs himself, revealing last year that he once messaged Olivia Munn. “I wasn’t expecting her to reply,” he recalled during an April 2020 episode of Hannah Berner’s podcast. “It was New Year’s Day and I simply just said, ‘I’m aiming high this year.’”

He also went on a few dates with January Jones after she had publicly dissed him via social media. “Then Nick slid into my DMs, and he’s like, ‘I’m so sorry that your perception of me is so negative. I’d love to take you out to coffee and see if I can change your mind,’” she told Dax Shepard in January 2020. “And I squealed! I was like, ‘Oh, my God.’ … I was like, ‘I hate that guy!’”

The Mad Men actress said the pair went on a “couple” of dates before things faded out, perhaps because she spent most of their time together asking him questions about The Bachelor. “All I did was grill him about the show,” she said. “But I got a lot of juicy insights.”

Viall’s DM success rate seems to have increased with Joy, who first made their relationship Instagram official in January 2021.

“Their relationship is very real,” a source told Us Weekly in February 2021. “They’ve been dating since the beginning of COVID but have just started going public. They’re pretty much inseparable. You can say she practically lives with him because she’s at his house that much.”

Keep scrolling to see the full timeline of Viall and Joy’s romance: 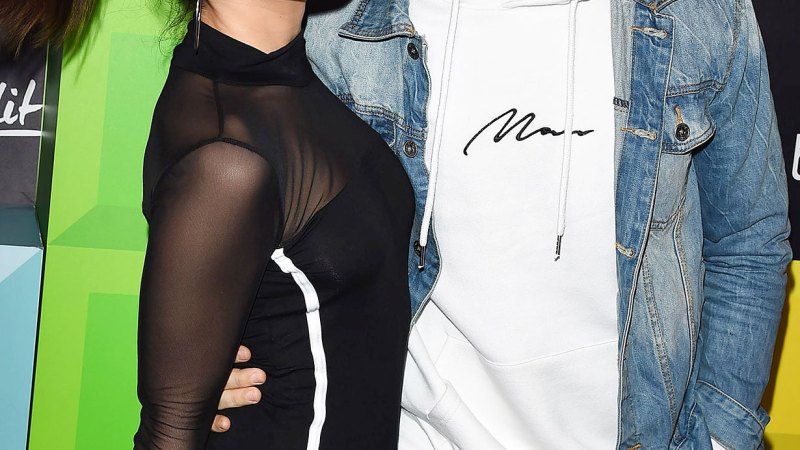 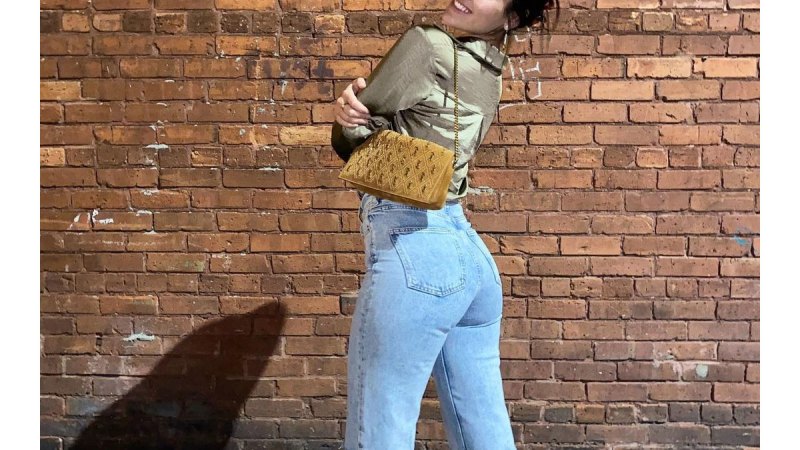 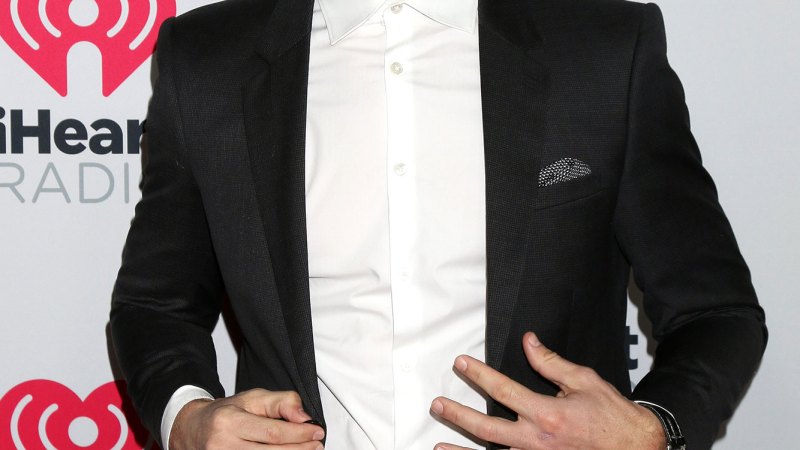 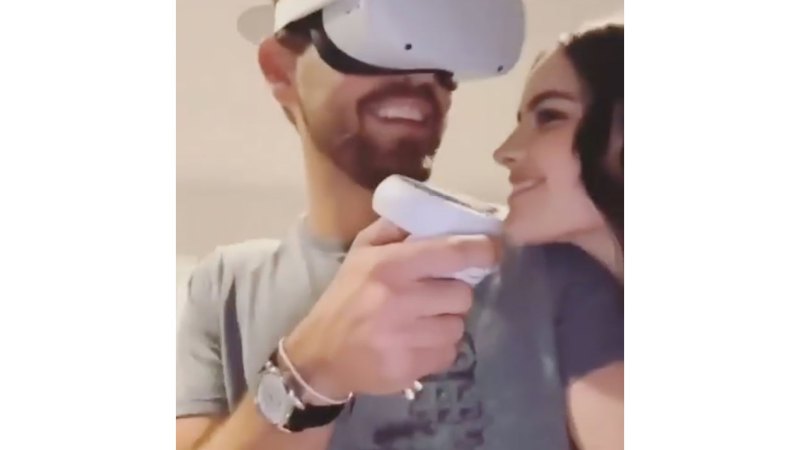 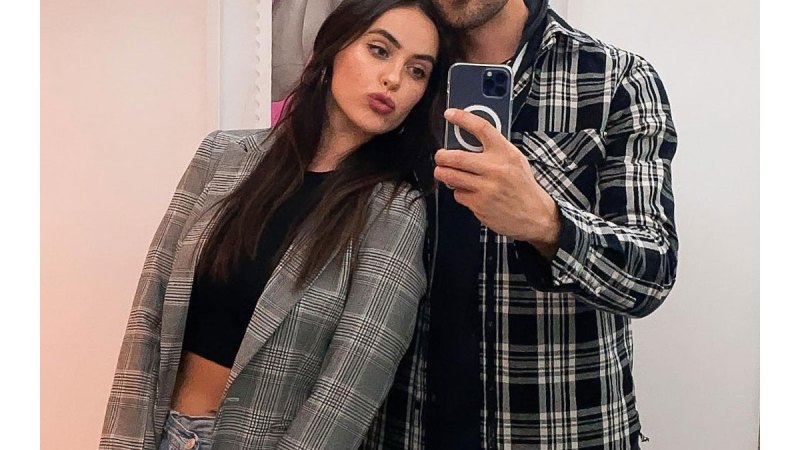 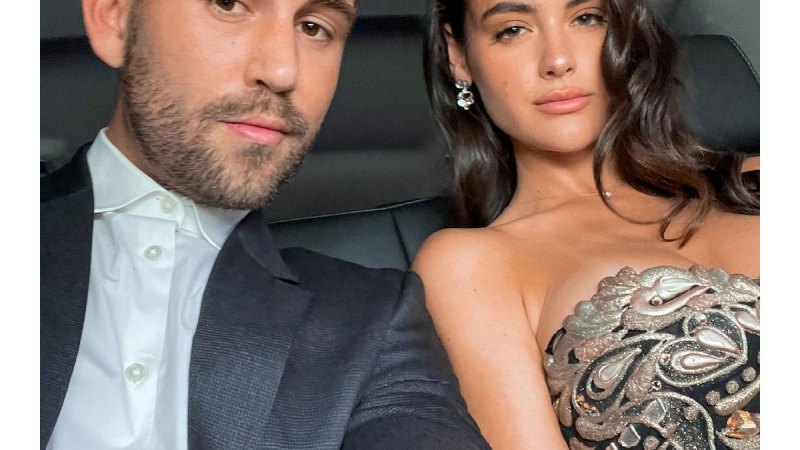 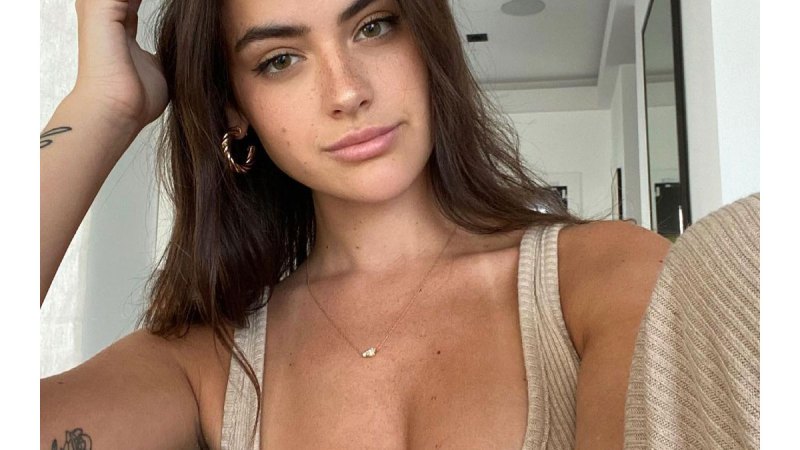 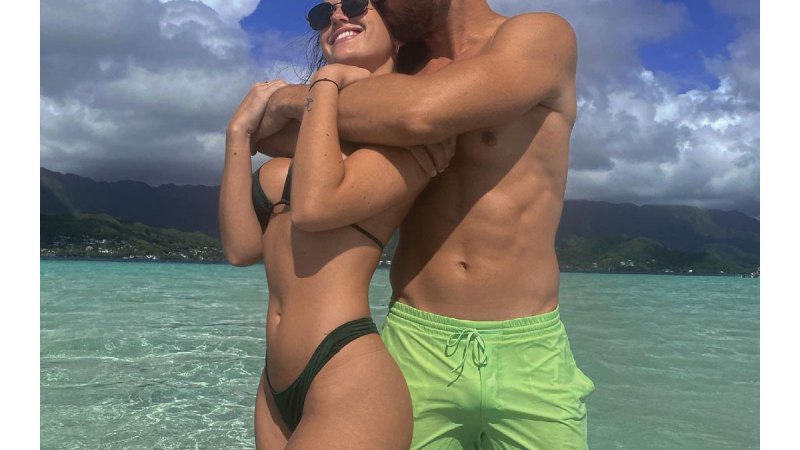 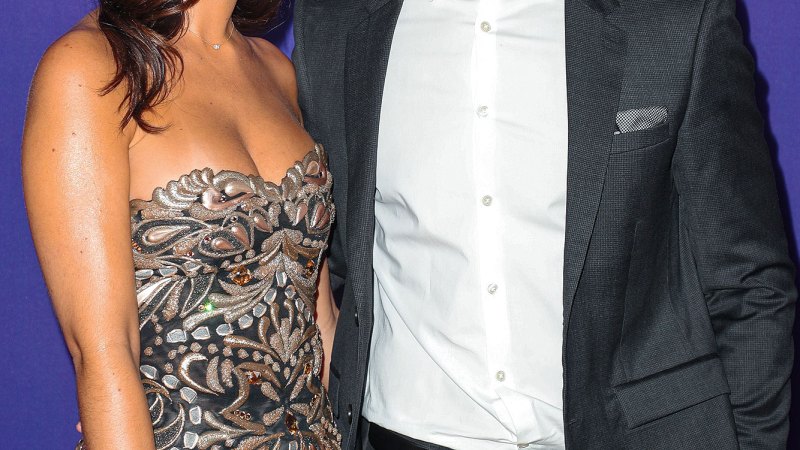 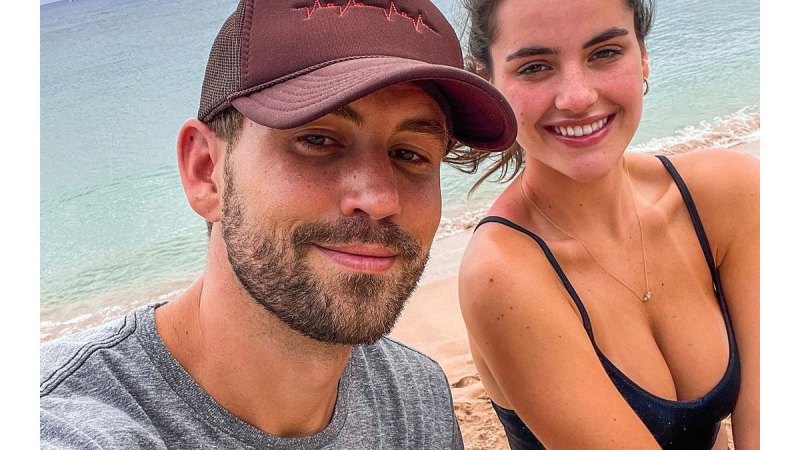 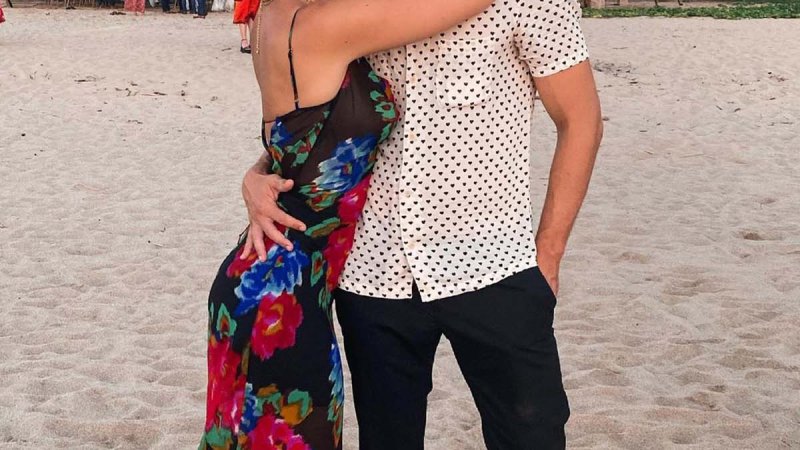 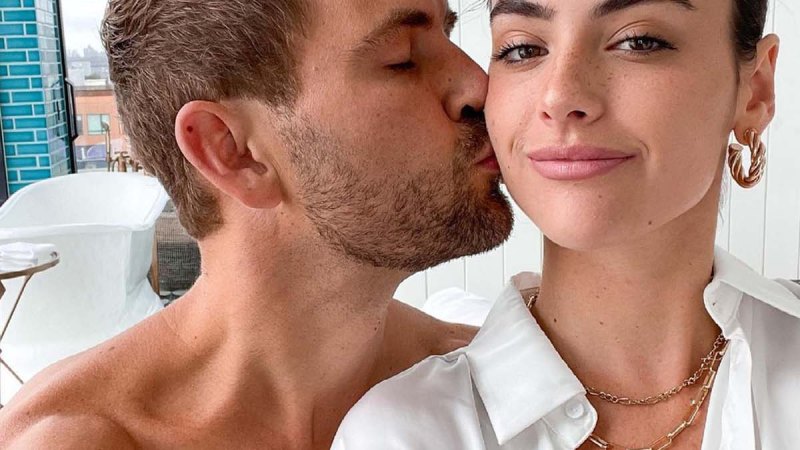