The 22-year-old has scored twice since joining the Hornets on loan in January and a deal had been due to become permanent next month, however the French U21 international has struggled to settle in the UK.

Niang’s spell at the club got off to an impressive start when he scored on his second Premier League appearance against Burnley in February, but the Frenchman has scored just once since from 15 appearances and headed straight down the tunnel when he was substituted against Chelsea on Monday Night Football. 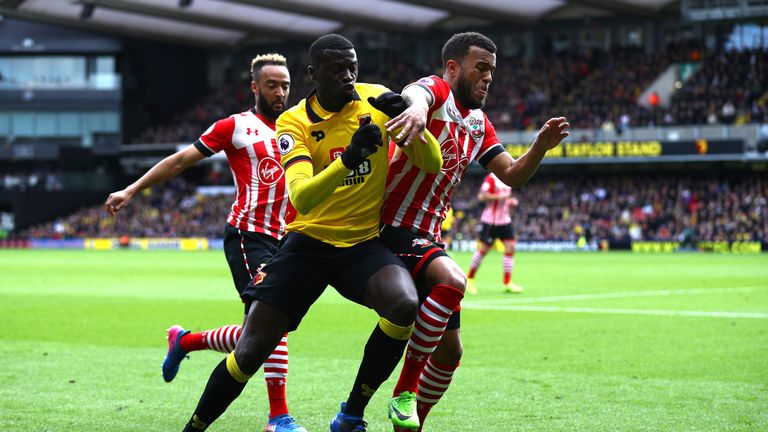 No transfer fee was confirmed back in January, but managerless Watford, who secured Premier League survival with a 17th-place finish, may choose to look elsewhere rather than pay a hefty fee for a player who wants to leave the club.

Niang, whose Milan contract expires this summer, says a number of reasons have caused a desire to return to Italy, most recently head coach Walter Mazzarri’s departure.

Niang has played 15 times for Watford, helping them secure their Premier League survival.