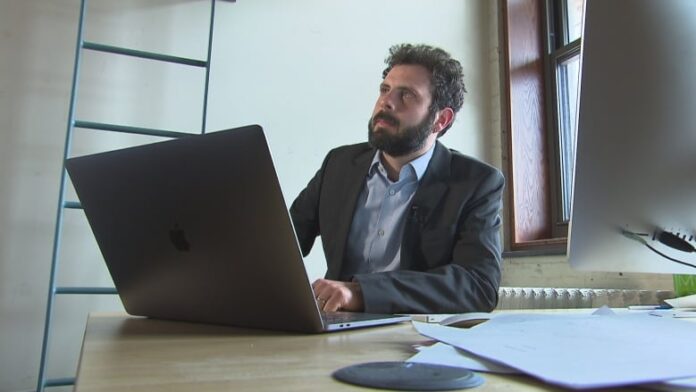 Laurie Carbonara moved from France to Quebec in early 2022 with plans to work in health care, buy a home and start her new life abroad.

But a new federal housing law prevents her from accomplishing the second item on that to-do list.

“They need our labour,” she said. “We are accepted for labour but have been denied access to property.”

The new law came into effect on Jan. 1. Non-residents are banned from buying homes in Canada until 2025.

There are exceptions, including Canadian citizens and permanent residents, some international students, refugees, diplomats, and temporary workers who have filed their taxes in Canada for three of the past four years.

Carbonara has a temporary work visa that has been good since March. She was looking at houses to buy in Longueuil, Que., on Montreal’s South Shore.

“We hope to stay here for a long time, but this law could jeopardize our immigration,” she said.

In a statement, the Canada Mortgage and Housing Corporation (CMHC) said the exceptions the federal government put forward are reasonable.

“The supply shortage has made it difficult for many Canadians to find an affordable place to live in their communities, and speculative foreign investment in the housing market has exacerbated this problem,” said CMHC spokesperson Leonard Catling.

“The purpose of this temporary prohibition is to ensure housing is used to house Canadians, instead of being used as speculative investments by foreign investors.”

David Wachsmuth is the Canada Research Chair in Urban Governance at McGill University. He said the share of foreign ownership of Canadian housing is going to go down.

“But that share was already very, very low,” he said. “I don’t think we should expect any major impacts of this decision on housing affordability for Canadian residents one way or the other.”

In fact, many real estate and housing policy experts say the same thing as non-resident buyers make up such a small share of the real estate market, and many will still be exempt.

“I think this is very much a political policy, more than an economic policy,” says Brendon Ogmundson, chief economist at the British Columbia Real Estate Association.

“A lot of the public has been convinced over the last few years that it’s foreign investors and foreign money that are driving home prices, rather than what’s actually doing it: low interest rates and very low supply.”

According to the Quebec government, foreign buyers averaged less than one per cent of real estate transactions last January.

CBC Montreal reached out to the federal Ministry of Housing and Diversity, but was told no one is available for an interview.