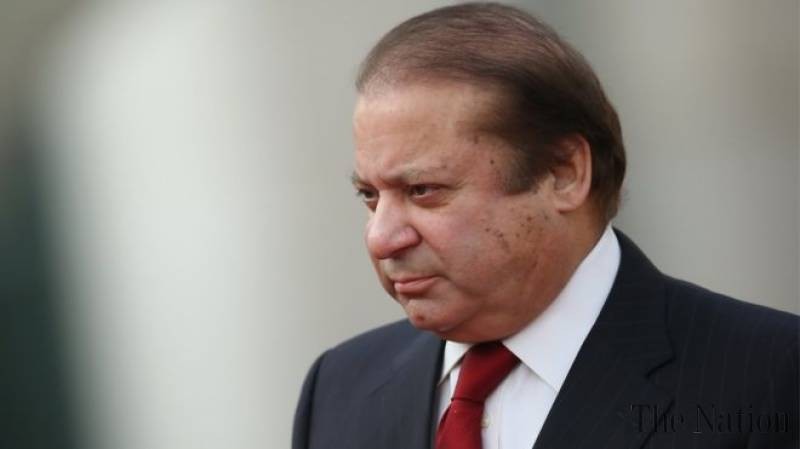 The ousted PM left for UK to see his ailing wife Kalsoom Nawaz, who is under treatment in London for her cancer disease.

The flight was scheduled to depart at 11am; however, the plane was called back to the gate right before the take-off after two women aboard the plane fell sick.

Previously Sharif had spent 25 days in London to look after his wife. The whole family of Sharif at present is in London.

Sharif had come back home on September 25 following the court notice issued to him  and his three children Maryam Nawaz, Hussain and Hassan Nawaz in NAB references for September 26.

Sharif appeared before the court on that date when the court taking note of the nonappearance of his three children, issued their bailable arrest warrants seeking their appearance on October 2. On that date they too did not turn up. They said they had to attend their ailing mother in London. The court on that date had issued non-bailable warrants of arrest for the sons and bailable for the daughter. The NAB on the last date wanted framing of the charges against Sharif family but it stayed short of it to first obtain presence of all the accused in the reference.

The court has fixed October 9 for further proceedings into the case.

It is not certain whether Sharif or his children will appear before the court on the next date.

Meanwhile, the deposed prime minister went to the residence of former president Muhammad Rafiq Tarar and inquired after his health. Sharif spent some time with the former president and prayed for his long life and health.

Earlier, PML-N leader, Hanif Abbasi also called on Sharif at Jati Umra and shared views on the case he has instituted against PTI Chairman Imran Khan on the allegations of money laundering.