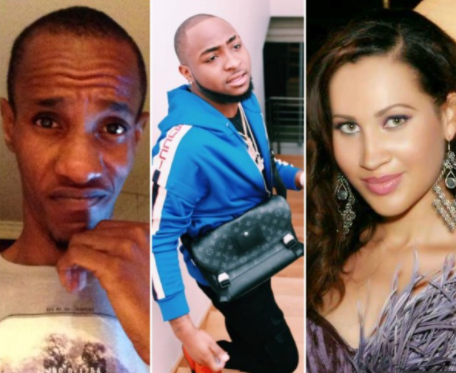 The death of Tagbo Umeike and the unclear circumstances surrounding it has been a hot topic in the Nigerian Entertainmnet Industry since Monday night and the fact that Nollywood actress, Caroline Danjumacame on social media to finger Davido in his death made it more messy.

Davido and his camp has denied any involvemnent and now LIB has exclusively gathered that the new Commisioner of Police in Lagos State, Imohimi Edgar invited Caroline and Davido to his office last night.

LIB exclusively gathered that during the closed door meeting, Davido was able to provide CCTV footage from Shisha Room (The lounge in Lekki where they both partied earlier in the night) to prove that he left the club a long time before Tagbo and the deceased wasn’t in his car as claimed by Caroline.

LIB reached out to Caroline for further comment on Tagbo’s demise this morning and she declined to speak on it saying its now a famiy issue and she won’t be making any more comments with Tagbo’s family signing off on it.

In her words, ‘I don’t have anything to share with you because I’m not the only one in this picture, there are family members involved, so I can’t just start sharing things with you without the approval of the family members, if there’s an approval, I’ll let you know’ she said.