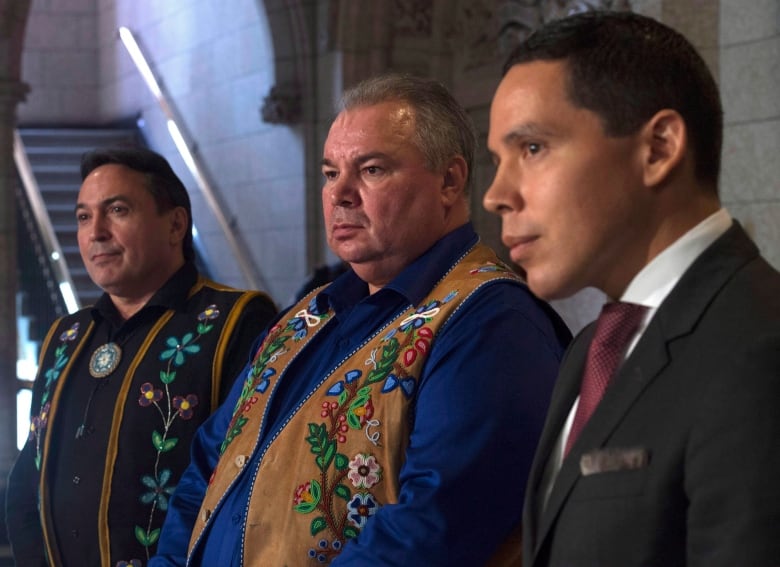 National Indigenous leaders are planning a visit to the Vatican this November to seek a papal apology for the Catholic Church’s role in running residential schools and other Canadian institutions that Indigenous students were forced to attend.

National Chief Perry Bellegarde of the Assembly of First Nations and Vice-President David Chartrand of the Métis National Council both told CBC News their organizations are working with the Canadian Conference of Catholic Bishops to send delegations.

“It’s a very big part of healing,” Bellegarde said. “Our missing children have not received the same dignity nor respect in death or in life that every human being deserves.”

The leaders said a trip to the Vatican was supposed to have already happened, but the pandemic pushed those plans back.

Now, with the discovery of what are believed to be the unmarked burial sites of children’s remains adjacent to a former residential school in Kamloops, B.C., there’s a greater push to secure a meeting with Pope Francis.

The leaders want to invite the pope to Canada to make an official apology directly to survivors and families.

They also intend to ask the pope to instruct the church to release all records relating to residential schools, as well as seized Indigenous items from Canada that the Vatican may hold in its vaults.

“That’s a very big part of reconciliation,” Bellegarde said. “The efforts and the energy will have to be doubled down, and greater energy and efforts put in place so that this becomes a reality.”

‘Do the right thing’

The Catholic Church operated more than half of residential schools, which were open between 1831 and 1996, on behalf of the federal government. It is the only institution that has not yet made a formal apology.

The church also ran day schools, which Chartrand attended as a child in Manitoba.

Although students at day schools did not sleep overnight, Chartrand said abuse was common.

He said that anytime he spoke his language, Ojibwe-Saulteaux, the nuns would whip the inside of his arm with a red rubber band that had metal inside.

“It’s like being burned with a match or a lighter,” Chartrand said.

“If I still spoke Saulteaux by accident, then they put a circle on the chalkboard and you go on your tiptoes and you put your nose in there. As your legs get tired and they come down … they whip you in the back of your legs. You got your nose back in that circle.”

Despite the pain he suffered, Chartrand said he remains a Catholic.

‘The apology that Indigenous peoples deserve’

The national organization representing Inuit, Inuit Tapiriit Kanatami (ITK), is also calling for a papal apology and is in discussions with the other Indigenous organizations about the Vatican visit.

“Many Catholic entities in dioceses across Canada have apologized publicly for their role in the operation of residential schools. What survivors and their families seek is something separate from these important acts,” wrote ITK President Natan Obed in a statement to CBC News.

“As we approach the 13th anniversary of the apology of the Government of Canada for the legacy of residential schools, we call on Pope Francis to deliver the apology that Indigenous peoples deserve.”