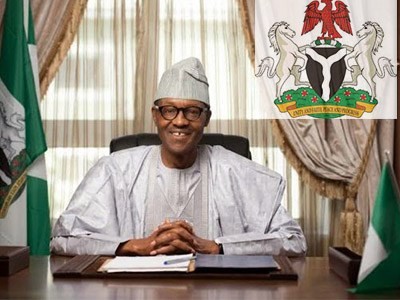 Members of the National Assembly are currently subscribing to a mortgage facility that will make each lawmaker cough out N2.5m every month, SUNDAY PUNCH has reliably learnt.

It was gathered that the lawmakers are buying flats in an estate close to Apo Legislative Quarters in Abuja at N50m each, while payment for each unit will be spread over 20 months.

The Senate had, at the resumption of plenary on April 4, 2017, entered an executive session, where the mortgage facility was discussed behind closed doors.

“An estate developer brought the idea, believing that payment for the facility will be secure, being that members of the National Assembly will have regular income during the two-year payment period. It is a smart move for the developer,” a senator who was at the meeting told our correspondent.

The source said the legislators were facing accommodation challenges in the Federal Capital Territory.

He said, “The Chairman of Senate Services Committee,Ibrahim, Gobir, announced that some estate developers wanted to sell housing units and those interested would pay in installment.

“You will put your name down if you are interested and N2.5m installment will be deducted from your account monthly for 20 months. It is more like the federal mortgage facility.”

According to him, several senators who were governors of their states had acquired houses in choice areas in the country’s capital.

“The former governors have their houses in Maitama, what will they do with mortgage facility? But I know those who applied for two units – about five of them – and N5m will be deducted from their accounts every month.

“Also, it is like savings for those who want to invest in it. Even if they do not subscribe to the service, they will eventually spend the money before the month ends. Sometimes, if you don’t have the money to spend, you will manage yourself. I just put down my name to show that.”

The source also hinted that the opportunity might be extended to the House of Representatives.

Some senators were said to have signified their interest in the facility almost immediately after it was announced, while some applied for two units.

He said some senators had formed groups in which all members contribute a specific amount monthly.

He said, “We have some of us who contribute N2m monthly – about 25 of them – and they rotate the collection of N50m by one member every month.”

Gobir could not be reached for confirmation and details of the mortgage facility.

Calls made to his telephone line rang out on Sunday. He also did not reply a text message sent to him.

When asked about the mortgage facility on Thursday, the Chairman, Senate Committee on Media and Public Affairs, Senator Sabi Abdullahi, who is also the Vice Chairman of the Committee on Senate Services, said he was not aware of the housing plan. “I don’t know anything about it,” he said.