‘My car’s on fire’: Drivers fear for their safety as years-long recall rollout drags on 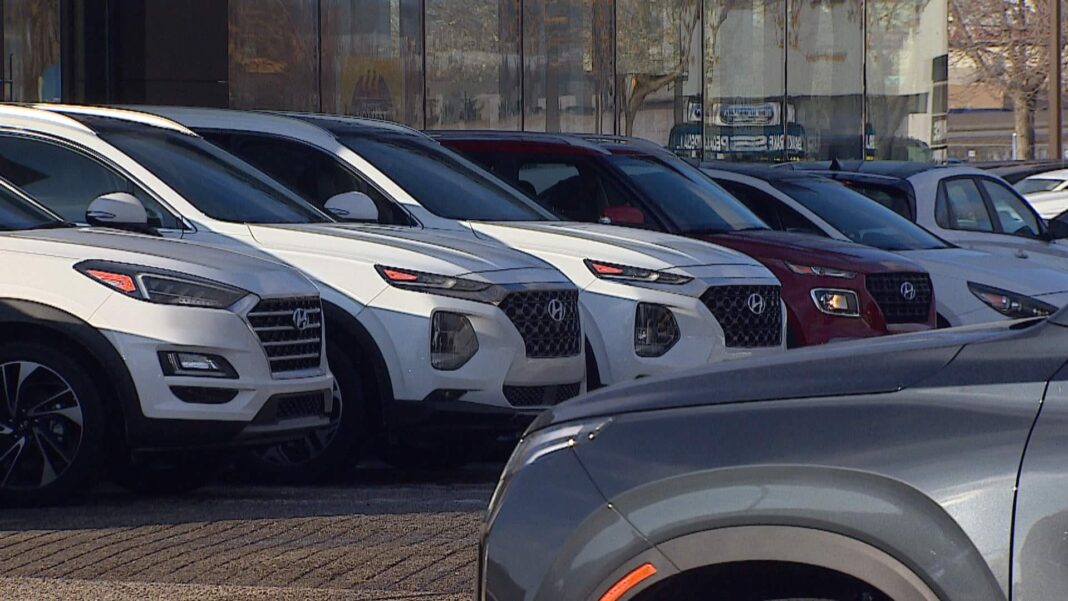 Hyundai and Kia drivers say they fear getting behind the wheel of their own cars — with the risk of engine fires and failures hanging over their heads.

The recalls on millions of these vehicles have dragged on for years — starting in 2015 with more models and years still being added.

Now, a joint Marketplace and Go Public investigation exposes flaws in the Canadian recall system — one that relies largely on automakers to identify and address their own safety issues — that allows that to happen.

Each recall names very specific models and years, often excluding cars with the exact same engine, only to add those vehicles and others months or years later.

CBC producers interviewed drivers with sudden engine failures and fires, yet their Hyundai and Kia models were not on any recall list. Some of those interviewed said their car engines died or caught fire without warning, even after an early detection system meant to warn drivers about a possible fire or engine failure was installed.

“That is a very serious safety issue,” said car safety advocate George Iny. “We need to have, I would say, a wary eye over this recall.”

Have a question or something to say? CBC News is live in the comments now. 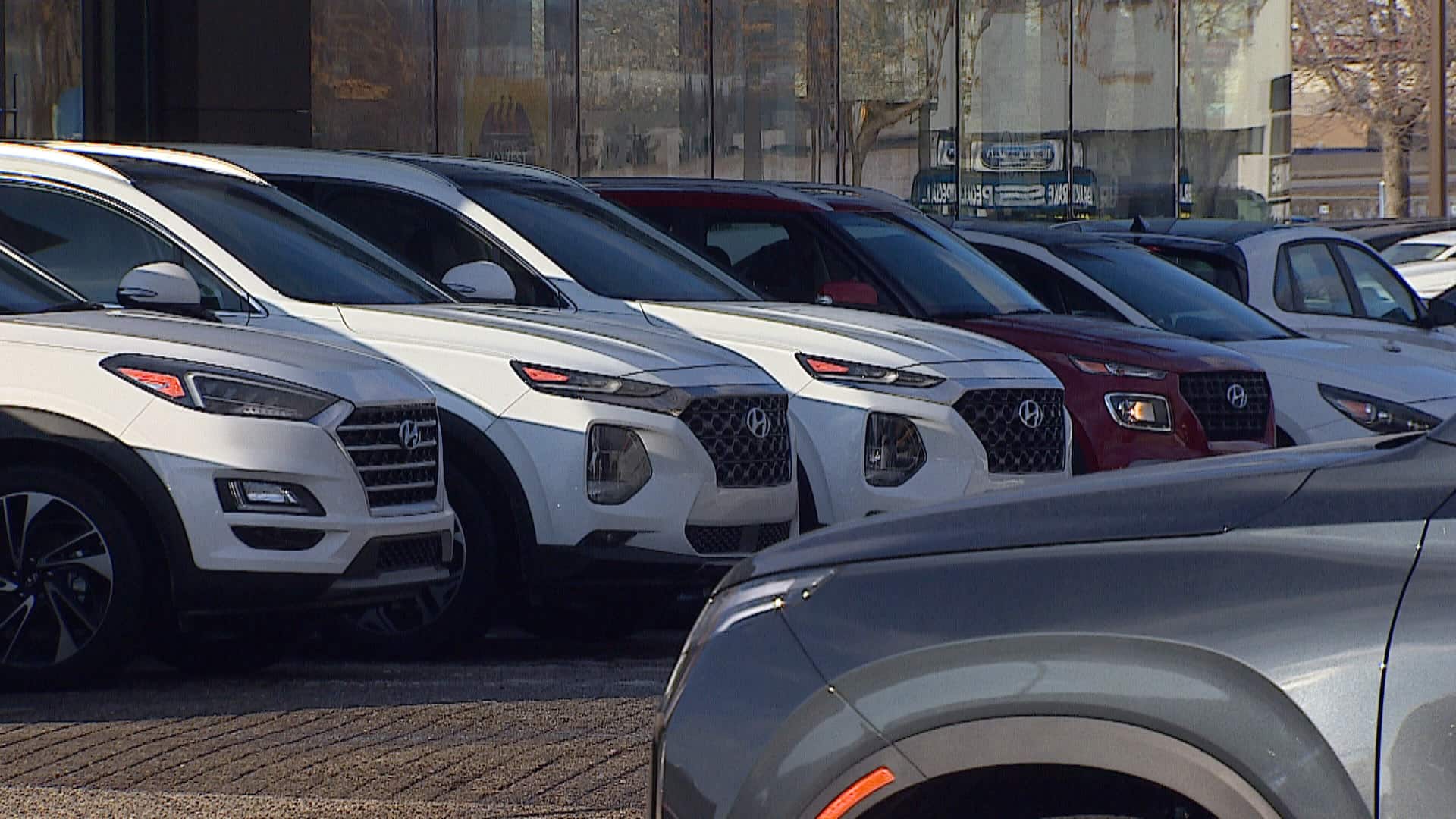 Some of the recalls describe metal debris found in the engines that can wear out the bearings. Others were issued to deal with problematic repairs done on an earlier recall.

And the latest recalls warn about an ABS brake-fluid leak that can cause a short-circuit and an oil leak that can drip into the alternator.

All share the same safety risk: sudden engine failure or spontaneous fire. Both of which can be dangerous for drivers like Kisha Taylor, whose car engine died while she was travelling on a Greater Toronto Area highway in September 2020.

‘Is this how my life ends?’

“I’m driving on the 407, and I notice that my foot is on the gas pedal but I’m getting nothing,” she said. “This thing is coming fast to a halt and I’m in the middle of the highway.

“I’m immediately thinking, ‘Is this how my life ends?'”

CBC’s Go Public started reporting on Hyundai and Kia engine failures and fires in March 2019 after several viewers reported their vehicles had suddenly died or ignited under circumstances similar to those outlined in the metal debris recall, but were told their model or year were excluded from it.

At that time, there were only a handful of recalls related to metallic debris and oil leaks. Since then, at least 16 more have been issued, many of which are not recalls at all, but rather what the company calls “Product Improvement Campaigns.”

These campaigns install what’s called a Knock Sensor Detection System (KSDS), which is supposed to mitigate the safety risk by warning the driver that their engine is about to fail. It puts the car in a slow “protection” mode so the driver can make their way to a dealership right away.

But CBC uncovered seven cases where Hyundai and Kia cars died suddenly despite the fact that they had the KSDS installed.

The companies say those engines could have died or ignited for reasons unrelated to their engine recall.

When Taylor bought her used 2015 Santa Fe Sport in the summer of 2020, she didn’t realize it had already gone through two safety recalls related to engine failure and fire, including the KSDS installation.

Just two weeks after she bought it, her car died suddenly on the highway.

She had just had her engine replaced when she received another recall in October 2020, again warning of engine failure and fire risk. This time, the recall recommended parking outside and away from structures because the fire risk remains when the car is parked and turned off.

“I do not feel safe and secure driving this car because I’ve had so many issues…. I’m kind of always anxiously anticipating that something else is gonna happen with this vehicle,” she said

In an email to CBC News, Hyundai said its KSDS software was tested by independent engineers and is “state-of-the-art.”

The automaker also said it actively monitors new safety concerns and will “continue to issue new recalls or expand existing ones,” when needed, noting that not all engine failures and fires are related to manufacturing defects.

‘Can we trust them now?’: Recalls took too long, says advocate

Jason Levine from the Center for Auto Safety said the so-called Product Improvement Campaign should never have been given the green light in the first place. The auto safety advocacy group petitioned the U.S. government to investigate Hyundai and Kia engine fires back in 2018.

“It’s a software solution to a hardware problem.”

Canada’s automobile consumer watchdog, the Automobile Protection Association, said another problem is the recall system, and how it mostly leaves it to car makers to identify and deal with safety problems.

“We depend to a considerable degree on the goodwill of the car maker,” said George Iny, director of the APA.

He said Hyundai and Kia took way too long — more than six years — to issue more than 20 recalls for a similar problem, and wonders: “Can we trust them now?”

WATCH | Car sits dead in driveway while owner waits to see if it will be recalled next: 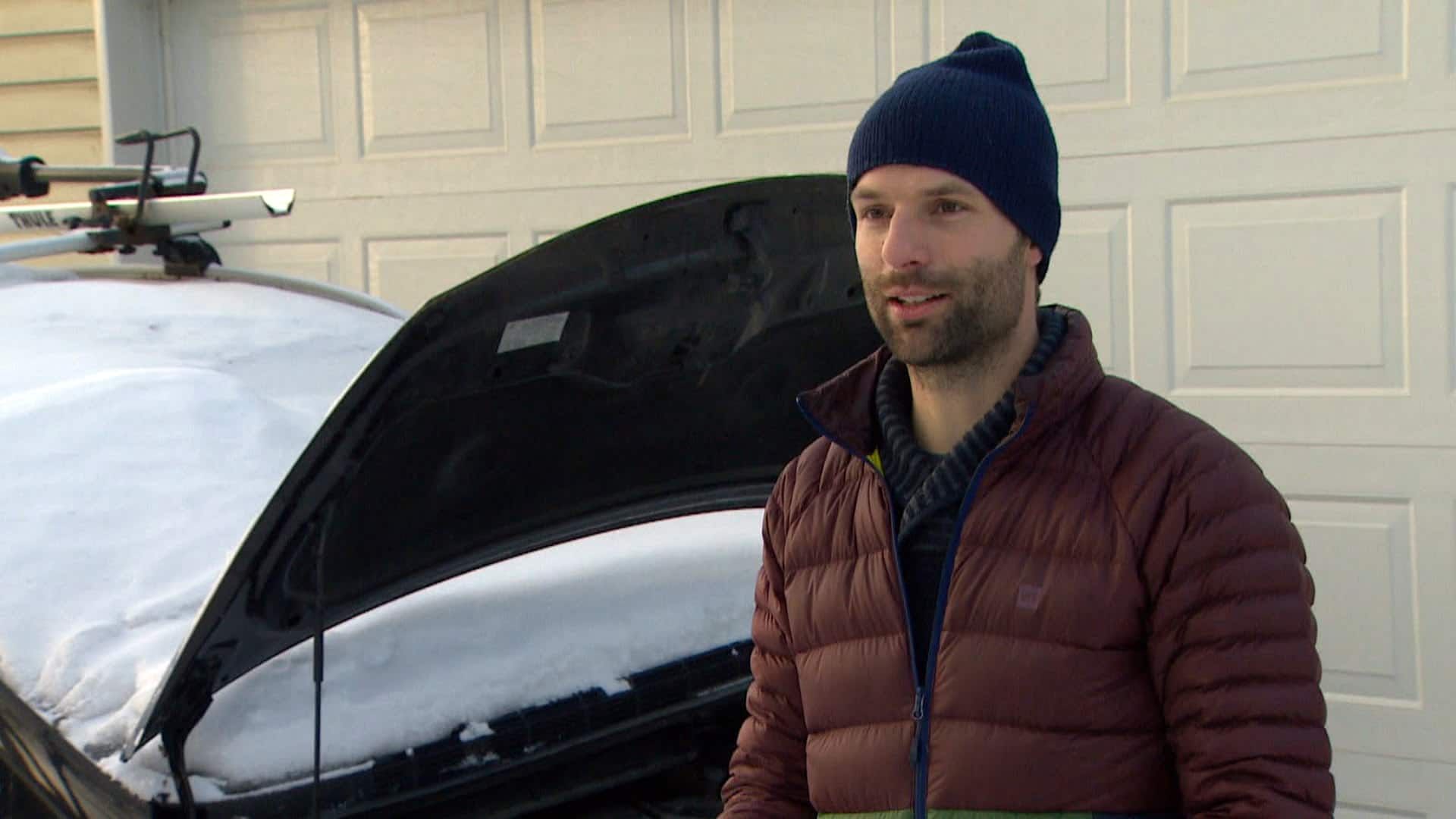 Yannick Letailleur’s 2014 Kia Rondo died suddenly when he was driving, but his model wasn’t recalled at the time. He was quoted $7,000 to replace his engine, so his car has been sitting in his driveway, immoblie, for over a year in hopes that the recall will be expanded again. Kia says he can expect a recall notice in March. 2:50

Transport Canada told CBC News that it has suggested recalls to Kia and Hyundai, and the manufacturers are co-operating with all of them.

The federal transportation department said its own investigations into the engine problems have triggered at least 11 of the recalls and extended warranties on vehicles with potential problems.

Levine said that, in both the U.S. and Canada, Hyundai and Kia should have known more cars needed to be recalled before the regulators suggested they do it, noting the companies themselves would have a better idea of how big the problem is after hearing from customers. 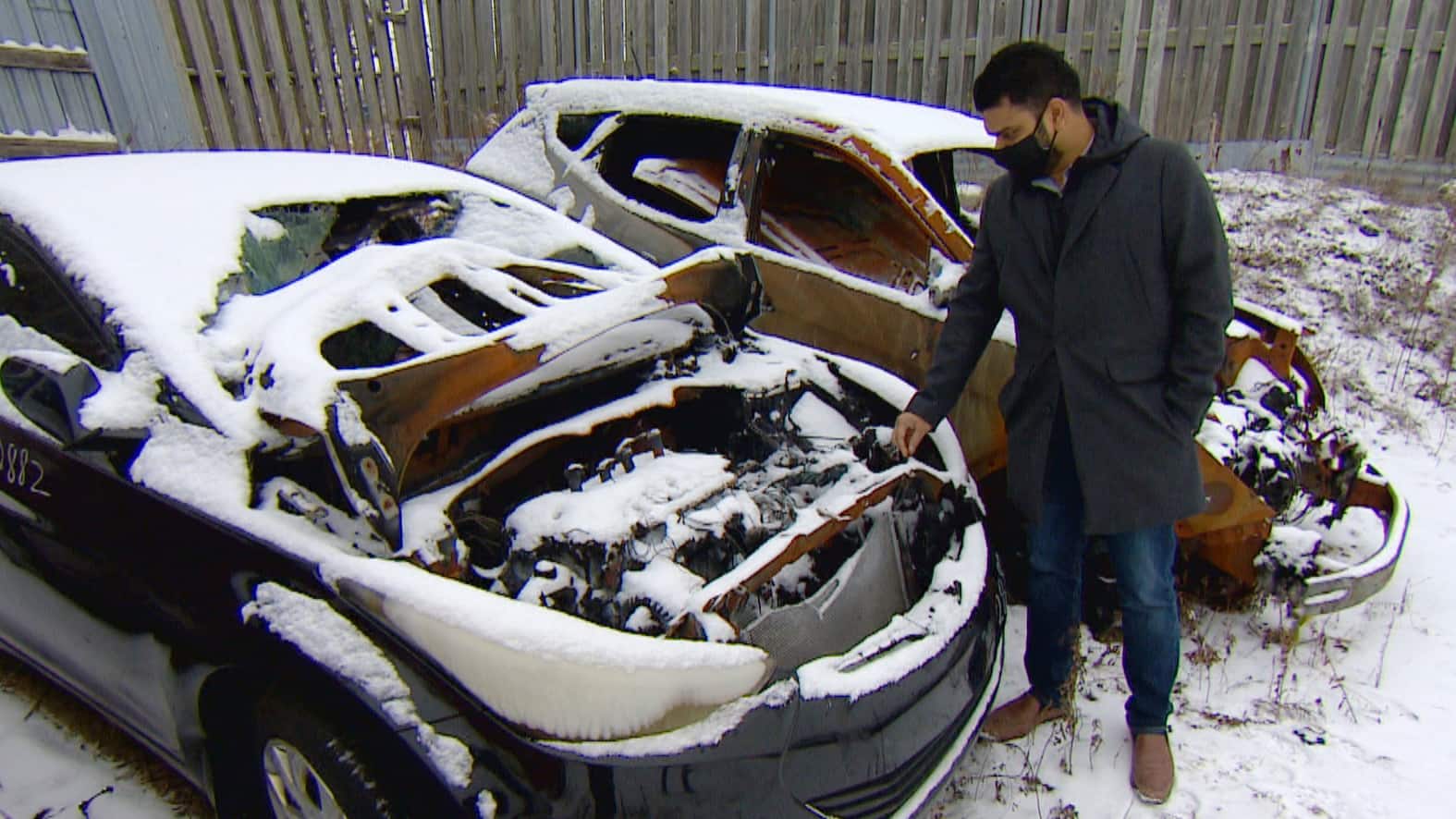 The engine of Abhi Sankar’s Hyundai Elantra burst into flames while parked in a garage. Hyundai blamed poor maintenance for the fire, but he thinks it’s a manufacturing defect. 3:26

“[Consumers] aren’t going to go right to the government when they have a problem with their car, they’re going to go back to the people who can fix it,” he said. “That’s the dealership, that’s the manufacturers — they have these complaints.”

Levine said his petition to the U.S. government was based on about 120 fire complaints he’d received about Hyundai and Kia vehicles. He later learned that the manufacturers had over 3,000 complaints.

The U.S. government’s three-year investigation that followed concluded that Hyundai and Kia dragged their feet on the engine fire recalls, and fined them a record-breaking $210 million. No such fines have been issued in Canada, but the recalls drag on.

Transport Canada is actively investigating the effectiveness of the KSDS early warning system, but has not come to a conclusion yet.

Krystan Kapron didn’t have any warning system installed when her 2017 Hyundai Tucson burst into flames on an Ontario highway last October.

Hyundai stuck her with the bill, even though her warranty was still valid.

“Their exact words were, ‘Your warranty doesn’t cover a vehicle if it’s not survived,'” said Kapron. Her insurance covered most of the amount owing on the car, but she says she still had to pay over $1,000 for the burned vehicle before she could buy another one.

Kapron had pulled her 2017 Hyundai Tucson over on the highway when she heard a ticking noise muffled under her music. She could smell a burning odour so exited the car to call her husband, but minutes later the whole car was up in flames.

“I started crying and saying, ‘Oh, my God, my car’s on fire.’ That’s really the only words I could manage to say,” said Kapron.

WATCH | Driver looks on as car she narrowly escaped from burns on highway: 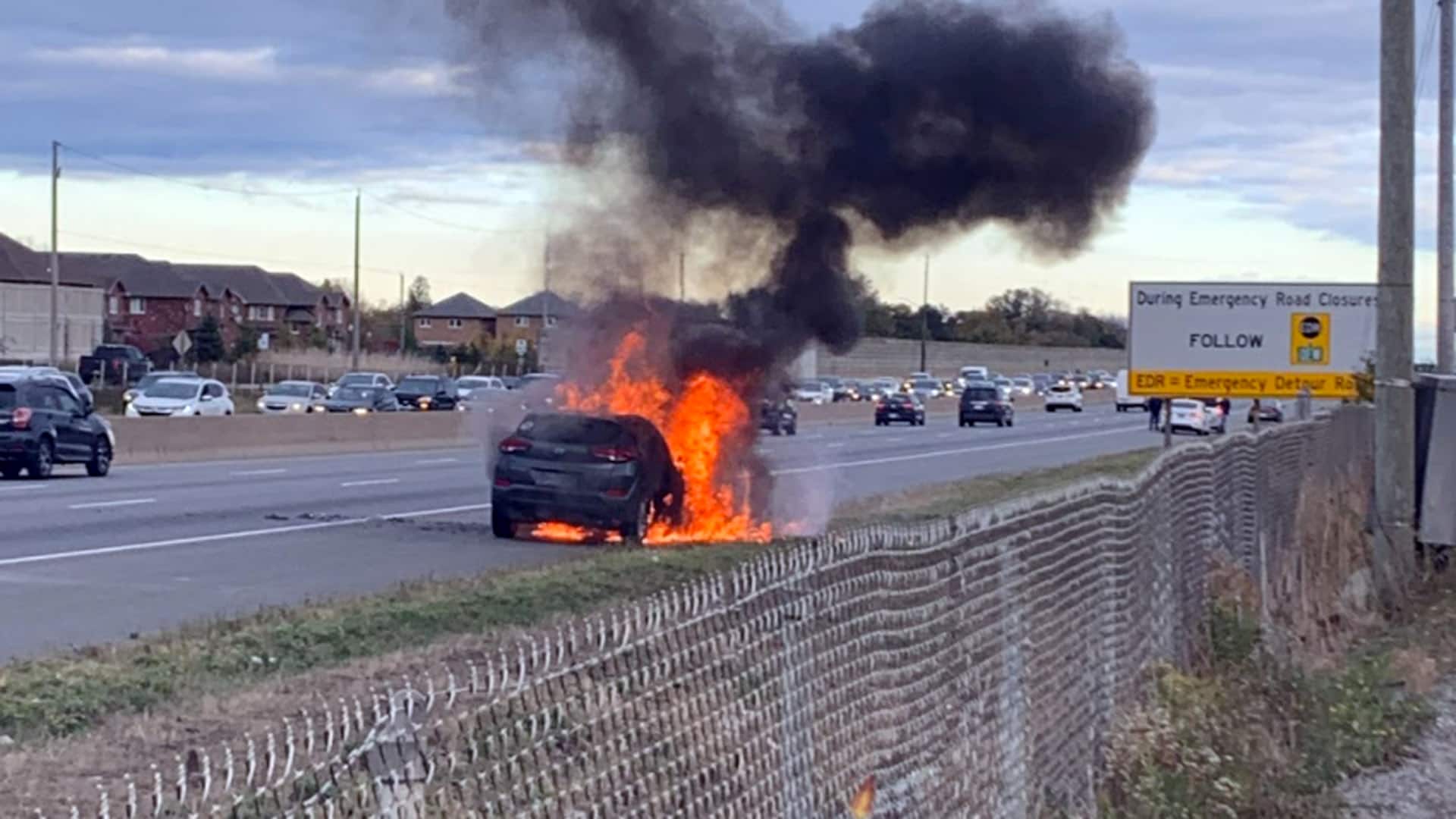 A muffled ticking sound was the only indication Krystan Kapron had before her car went up in flames minutes later. Her insurance didn’t pay her enough to cover her remaining car loan. 0:09

At the time of the fire, her 2017 Tucson didn’t have any engine-related recalls on it, even though the 2014, 2015 and 2019 had been issued the KSDS recall citing engine failure and fire risk.

In September 2020, the 2019 Tucson was subject to the ABS recall, but Kapron’s 2017 model wasn’t added until the end of December — two months after the fire.

Kapron still had a valid warranty since her car was only three years old. But despite that, Hyundai wouldn’t cover her car.

CBC heard similar stories from five other drivers whose cars ignited who had to go through insurance to get compensated.

Hyundai and Kia have both promised money for drivers as a settlement to a class-action lawsuit that is expected to be finalized in Ontario and Quebec at the end of February. The settlement doesn’t admit fault, but offers extended warranties and possible depreciation compensation to drivers in order to avoid further litigation.

The settlement only names some of the earlier engines, so many of the recent vehicles that were added are not included.

Taylor might be able to benefit, but Kapron won’t, since her 2017 Tucson is not named.

Levine said he wants to see the manufacturers’ data shared publicly and internationally so regulators and advocates don’t have to rely solely on consumer complaints, while Iny wants to see more investment from the Canadian government into faster Transport Canada investigations.

Kapron — and other Hyundai and Kia owners — just want to see the faulty engines fixed.

“These are family vehicles … what if there are kids in the car?” said Kapron. “They need to seriously be considering the safety standards of their vehicles.”