Moving On? Jordyn Woods Cuddles Up to Mystery Man at Coachella: Pics 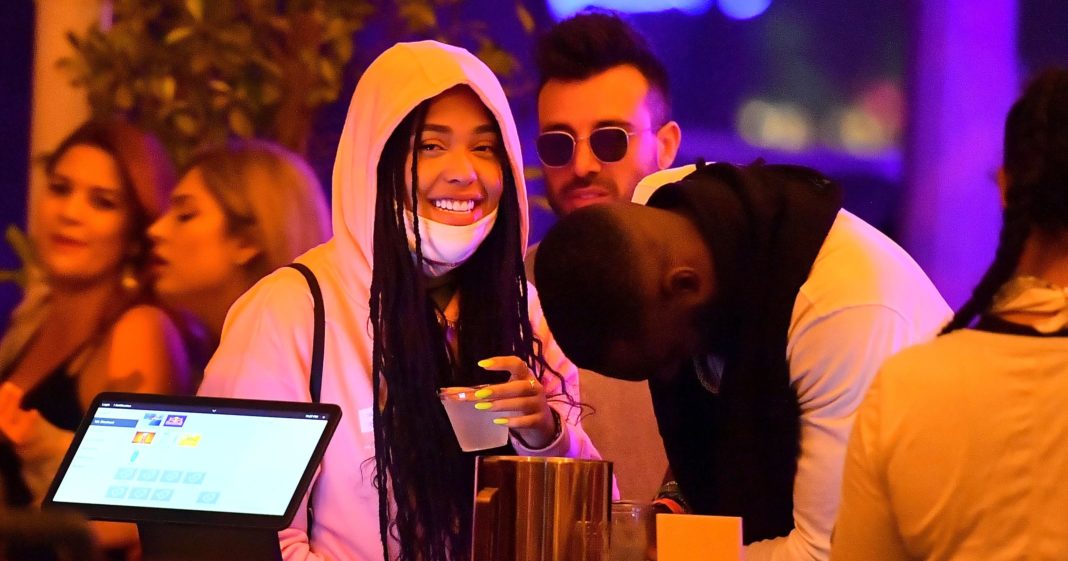 Thank u, next? Jordyn Woods put herself back out there following her cheating scandal with Tristan Thompson.

The model, 21, was spotted getting close to a mystery man at the 2019 Coachella Valley Music and Arts Festival in Indio, California, on Friday, April 12. The fella wore a big smile as he wrapped his arm around her shoulder. Woods, meanwhile, tried to keep a low profile, covering up part of her face with a mask and wearing a hood over her head.

The reality star seemed less concerned about flying under the radar when she danced onstage during pal Jaden Smith’s set. She wore the face mask for her surprise appearance, though fans knew who was behind the accessory.

An eyewitness tells Us Weekly that Woods’ mother, Elizabeth Woods, “was cheering and laughing the whole time while Jordyn was onstage with Jaden.”

The TV personality is a longtime friend of the Smith family, as her late father, John Woods, worked on The Fresh Prince of Bel-Air with Will Smith. Jordyn turned to Jada Pinkett Smith’s Red Table Talk to tell her side of the story after news broke of her infidelity with Thompson, 28.

The designer was caught cheating with Khloé Kardashian’s then-boyfriend in February. The Keeping Up With the Kardashians star, 34, broke up with the athlete after she confronted him about the allegations. (The exes share 12-month-old daughter True.)

Jordyn claimed during her March episode of Red Table Talk that she only kissed Thompson. She denied sleeping with the NBA player. “This world is not going to break you,” the Aladdin actor, 50, told her on the Facebook Watch series. “We won’t allow it.”

According to an insider, the Life of Kylie alum “is doing great and has been in high spirits” since the scandal: “She’s still being her fun-loving self and has been enjoying spending time with her family, friends and focusing on her career.”