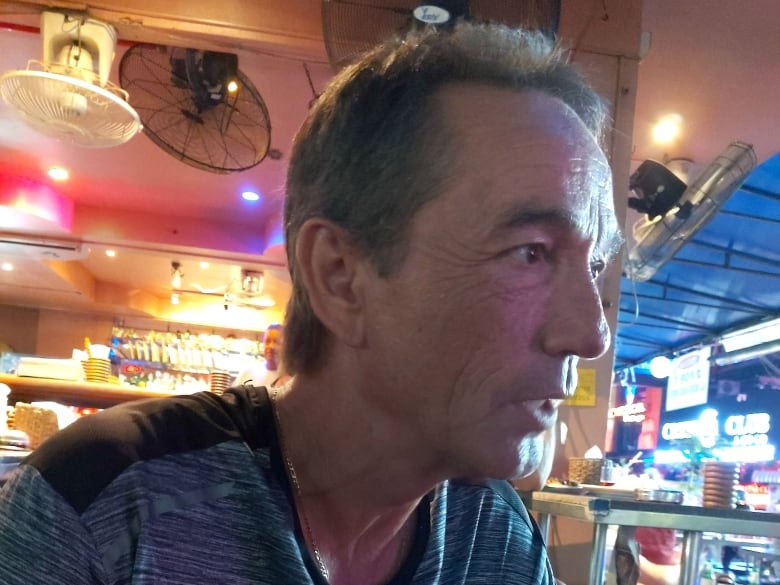 Len Desharnais says he believes Canada’s hotel quarantine requirement for international travellers during the pandemic is a fair idea.

But shortly after arriving in Vancouver from Bangkok on March 18, he said he decided not to check into his quarantine hotel, because he felt proper COVID-19 safety precautions weren’t in place based on his shuttle ride to the hotel and what he observed upon arrival.

He’s one of hundreds of international travellers who have taken issue with Canada’s hotel quarantine requirement, designed to help slow the spread of COVID-19.

As of March 30, 219 tickets have been issued to air passengers entering Canada who refused to quarantine at a designated hotel, said the Public Health Agency of Canada (PHAC). The fine for violating the requirement is $3,000.

CBC News interviewed two travellers, including Desharnais, who say they defied the rules for safety reasons and have yet to receive a fine.

On Feb. 22, the federal government mandated that air passengers entering Canada must take a COVID-19 test upon arrival and spend up to three days quarantining at a government-approved hotel to wait for their test results. Passengers must foot the bill for their stay, which can cost up to $2,000.

Travellers who test negative can go home to finish their 14-day quarantine. Those who test positive will be transferred to a different designated government facility.

Desharnais, an Albertan who relocated to Thailand 10 years ago, was returning to Canada to do contract work as a safety adviser in the oil industry in Fort McMurray, Alta.

He said he grew concerned about checking in to his quarantine hotel after taking the hotel shuttle bus from the airport.

“It was right at that point where I got worried, saying that this was not a safe situation.”

Desharnais said the shuttle’s driver handled travellers’ luggage without wearing gloves or first disinfecting the bags; the shuttle was packed, so he wasn’t physically distanced from other passengers; and there was no plexiglass between the passengers and the driver.

“He’s been around so many passengers all day.… I got concerned.”

Desharnais said that after arriving at the quarantine hotel, an employee also took no precautions when handling passengers’ luggage.

Current evidence suggests the main way COVID-19 spreads is through close contact with an infected person, but that it can still happen by touching a contaminated surface.

Desharnais said he made the decision to leave at this point and do his entire 14-day quarantine at a friend’s home in Prince George, B.C.

“If you feel a job is unsafe, not only do you have the right, but you must refuse it. So I take that into my personal life also.”

‘It’s not about safety’

Fanny Lapointe said she, too, decided to skip the hotel quarantine requirement for safety reasons, and has yet to receive a fine for doing so.

“What is more secure, to go directly to your place and see no people, or go to the hotel and see many people?” said Lapointe, who lives just outside Montreal.

She said she flew to Las Vegas to attend a friend’s wedding, and when she returned to Montreal on March 11, she went directly home.

Lapointe said she concluded she’d be safer quarantining at home after a friend who stayed in a quarantine hotel earlier that month told Lapointe that she was allowed to leave her room during her stay.

“She was able to do whatever she wants,” said Lapointe, who also objects to the high price of the hotel stay.

“It’s just to punish people who travel. It’s not about safety.”

Several other travellers who stayed in quarantine hotels have also complained to CBC News about what they consider lax COVID-19 safety measures, including crowded waiting areas and quarantining guests freely leaving their hotel rooms.

“There was no security whatsoever, nothing to prevent us from leaving the room,” said snowbird Bob Ardern of Lunenburg, N.S. He stayed in a quarantine hotel in Toronto in early April, after returning from a winter stay in Curaçao, a Caribbean island.

“Hotels that do not adhere to the requirements set out by PHAC will no longer be used” as a quarantine hotel, Jarbeau said in an email.

At this point, the government has approved 59 quarantine hotels, which are located near the international airports in Vancouver, Calgary, Toronto and Montreal, the only cities where international flights are currently allowed to land in Canada.

Watch: Some international travellers complain about their hotel quarantine stay:

Some Canadians who’ve had to stay at a mandatory quarantine hotel say they’ve been met with long delays, crowded waiting areas and issues accessing basic needs like food. 2:07

Jarbeau also said quarantining travellers are responsible for ensuring they stay in their hotel room. According to a government website, guests can leave their rooms for scheduled outdoor time, but must be escorted out by security.

In January, before the hotel quarantine rule took effect, 0.5 per cent of Canada’s COVID-19 cases were associated with international travel, according to PHAC. That figure dropped to 0.4 per cent in both February and March.

The agency said these statistics are an “underestimation” of the actual numbers.

Both Lapointe and Desharnais said if they do receive a fine from PHAC for refusing to quarantine in a hotel, they will fight it.

“I already know lawyers and, like, I’m ready to contest it,” said Lapointe.

Last month, CCF launched a lawsuit in Ontario Superior Court alleging the requirement violates Canadians’ constitutional rights, including the right to enter Canada and the right to liberty.

On March 22, a judge dismissed CCF’s bid for an injunction that would suspend the hotel quarantine requirement while the case is before the courts.

In his decision, Justice Frederick L. Myers wrote that refusing the injunction was in the public interest by trying to prevent the spread of COVID-19.

However, Myers also said the constitutionality of the hotel quarantine requirement has yet to be determined in court.

PHAC said it couldn’t comment on a case that’s before the courts.