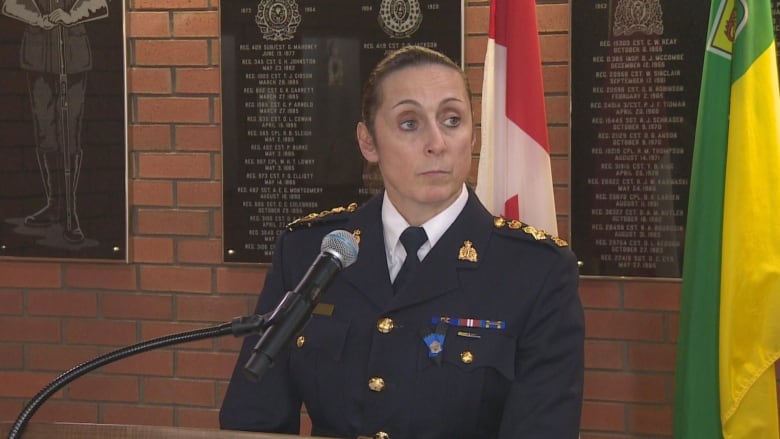 The missing Black Nissan Rogue that accused killer Myles Sanderson is believed to have been travelling in has been found.

Sanderson was one of two suspects in the fatal stabbing rampage at James Smith Cree Nation and Weldon, Sask., last Sunday.

“The vehicle had been driven off the gravel road behind trees and was not visible from the main road,” Blackmore said in a YouTube video released Friday afternoon.

His brother Damien, who had also been charged with murder, was found dead on Monday.

Blackmore said they received a tip on Thursday from a witness who said they believed they saw Myles Sanderson Sunday evening, some hours after the stabbings that left 10 residents of the two communities dead.

The witness “provided a detailed account of seeing an unknown male walking south on a grid road near the intersection of Range Rd, 2235 and Township Road 440 on Sunday, September 4 at 7:40 p.m.”

Blackmore said investigators then shifted their search area further north of that location with aerial and ground teams and found the vehicle.

“The black Rogue was removed from the area and will be processed as part of the investigation,” Blackmore said. “The area is is closed off while further examination occurs.”

And the location of the Rogue is just a dozen or so kilometres north of where Sanderson stole the Chevy Avalanche that police caught him in.

Crystal Springs is about 65 kilometres southwest of James Smith Cree Nation and about 130 kilometres northeast of Saskatoon.

“We continue to ask residents in the Wakaw, Crystal Springs, Weldon and James Smith Cree Nation communities and surrounding areas to report any information of past possible sightings, suspicious activity or thefts to their local police detachment,” Blackmore said, adding that a seemingly insignificant tip may lead to crucial evidence.