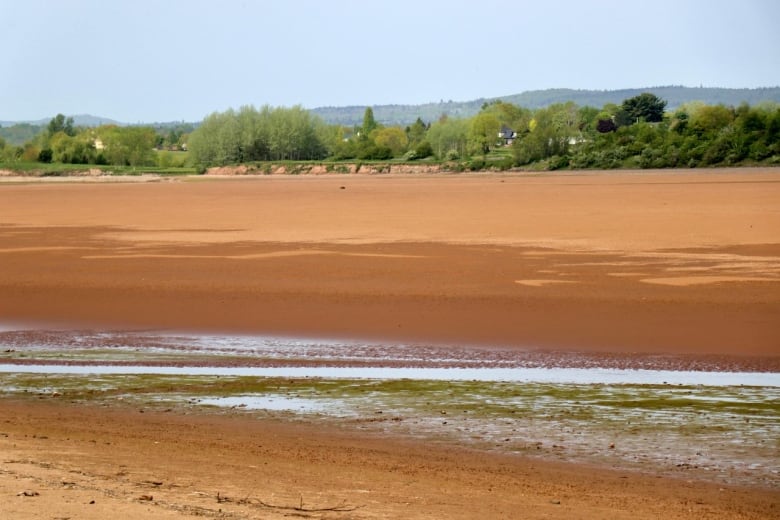 The annual pumpkin regatta in Windsor, N.S., that transforms giant gourds into personal vegetable crafts to be raced across a man-made lake has been cancelled indefinitely.

Organizers of the Windsor-West Hants Pumpkin Festival made the announcement on Wednesday, citing a lack of water in the lake as the reason for the cancellation.

“Lake Pisquid is dry right now and we haven’t had a full regatta since 2018, so it just felt, in consultation with our committee, that the timing was right,” Vanessa Roberts, the long-time logistics coordinator for the regatta, told Mainstreet from CBC Halifax.

“I seen the writing on the wall and you know, you have no water, you have no regatta,” Danny Dill, the owner of the Dill Family Farm and the main supplier of the giant pumpkins, told Mainstreet.

“You need three ingredients. You need water, a giant pumpkin and some crazy person to paddle it.”

Man-made Lake Pisiquid, which is dammed and formerly filled with fresh water from the Avon River, has been empty for more than a year. A ministerial order required the tidal gates at the Windsor causeway be operated in a way that improves fish passage to and from the Avon for short periods during tidal flows. That drastically lowered the level of the water.

Roberts, who works for the West Hants Regional Municipality, said other local lakes were considered to hold the regatta but “logistically none suited our needs.”

She said the regatta would need to be held in a lake that can accommodate 10,000 to 15,000 spectators, which is what the regatta has attracted in previous years.

The first pumpkin regatta was held in 1999 after Dill came up with the idea of putting his giant pumpkins in the water, knowing they would float. There’s been a regatta almost every year since.

“It’s a lot of work. It’s a tremendous loss for our community because I mean, I had no idea back in ’99 how much interest it would bring and it just kept growing and growing every year,” Dill said.

“There’s a part of me that’s a little sad, but it’s a relief because it’s a lot of work, of course, too.”

The last pumpkin regatta was held in 2019, a smaller event that almost didn’t go forward after a poor growing season.

The 2020 and 2021 regattas were cancelled due to the COVID-19 pandemic and provincial gathering restrictions.

Not the last pumpkin regatta in Nova Scotia

Although the pumpkin regatta won’t be happening in Windsor, Dill said another community is hoping to hold their own this year.

“They reached out to me back in the spring. They knew our situation. We had no water, and it doesn’t look like we’ll ever get water,” Dill said.

“Who knows when again here with this highway construction, so I wished him well, and I said I’ll do everything to help you out.”

He couldn’t confirm what community will hold a regatta but he said it’s somewhere on the South Shore — and he will provide the giant gourds as usual.

“They’ve got a good harbour and they’re going to start off this year with five pumpkins, literally to get their feet wet, so to speak,” he said.

” … I wish them well and they’re happy and it should be a great draw for their community.”

As for Windsor, Roberts said there are other events expected to draw a crowd to the town this fall.

The annual Garlic Festival is moving into downtown Windsor on Sept. 17 and the annual Howard Dill Pumpkin Classic and Weigh-off at the Dill Family Farm is still on for Oct. 1.

“There’s farm markets and all sorts of things that people can go [to] and explore our region, so yeah, it’s a sad thing to lose our regatta, but it also creates opportunity,” she said.