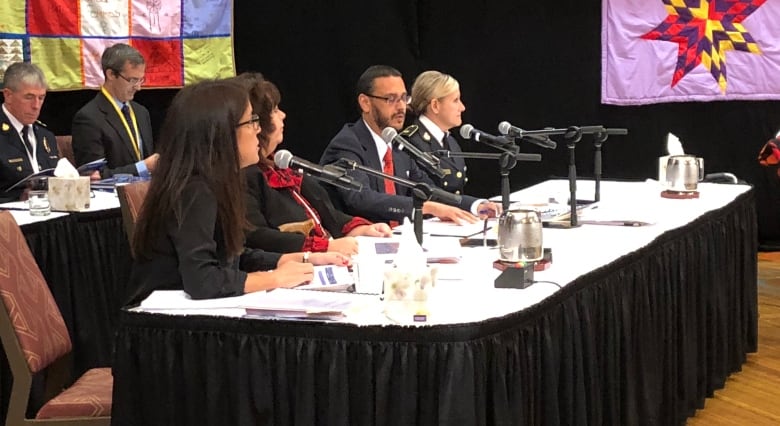 Sexual exploitation, human trafficking and sexual violence are being explored as the National Inquiry into Missing and Murdered Indigenous Women and Girls begins four days of a hearings in St. John’s.

Nine people will testify at the hearing, which is open to the public, at the Sheraton Hotel. 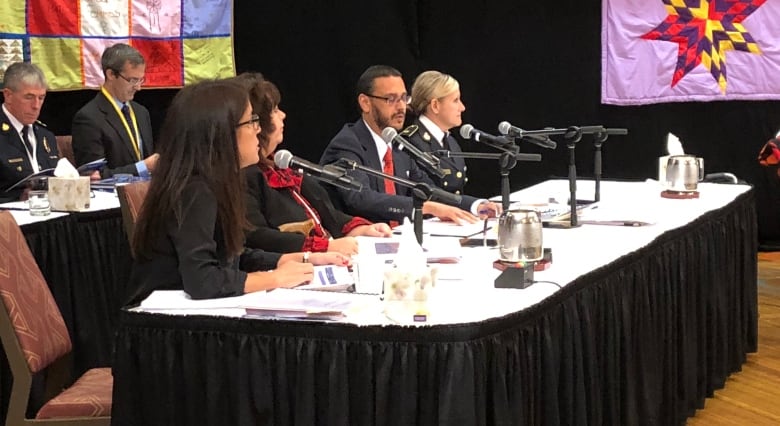 Chalk had been a lead investigator in many sexual assault, missing persons and human trafficking cases.

Both Chalk and Crampton talked about the challenges and gaps, saying human trafficking crimes are underreported.

Victims also sometimes don’t believe they are victims, they said, or would not feel safe coming forward and seeking help. 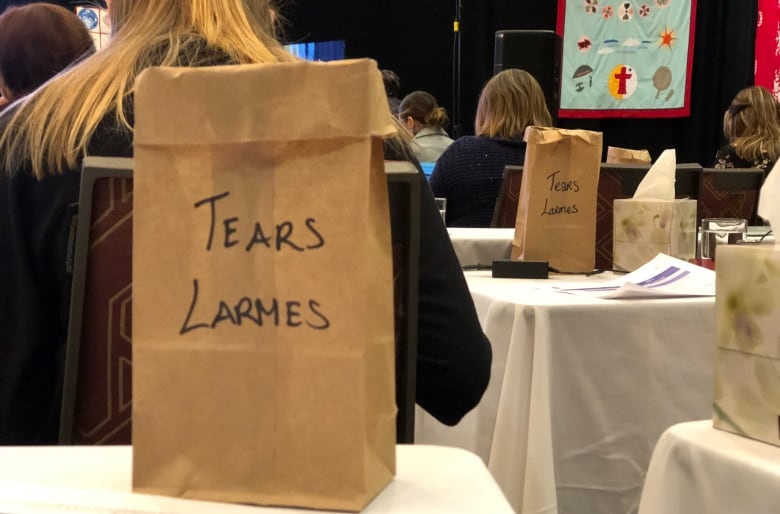 Tissues collected will be burnt in a ceremonial fire. (Bailey White/CBC)

Chalk and Crampton agreed that both forces need to do a better job communicating with each other.

The inquiry involves three parts. The first focuses on hearing from families and survivors, and the second on institutions. The St. John’s hearing is part of its third effort, to gather testimony from experts and officials, including those from government, law, academia and the community.

Insp. Tina Chalk of the Ontario Provincial Police was the first to testify during MMWIG hearings in St. John’s on Monday. (Tina Chalk/OPP)