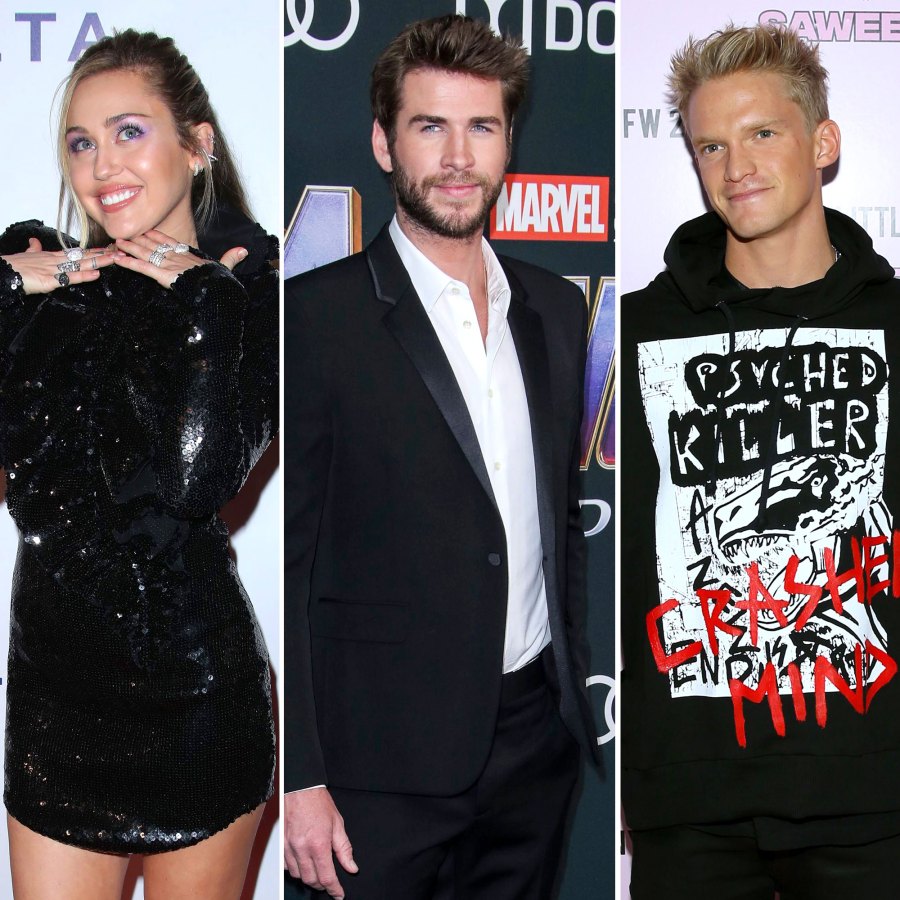 Sending a not-so-subtle message? Miley Cyrus didn’t hold back during an Instagram Live with her boyfriend, Cody Simpson, on Sunday, October 20.

“There are good people out there that just happen to have d–ks. I’ve only ever met one, and he’s on this live,” the 26-year-old Disney alum told Simpson, 22.

Cyrus and the “Golden Thing” singer were first spotted kissing earlier this month amid her divorce from Hemsworth, 29. The Hunger Games actor and the “Wrecking Ball” songstress split in August, less than eight months after they tied the knot. Cyrus and Hemsworth dated on and off for 10 years before their December 2018 nuptials.

“You don’t have to be gay, there are good people with d–ks out there … you’ve just got to find them. You’ve got to find a d–k that’s not a d–k, you know,” Cyrus, who often refers to herself as queer, explained to Simpson on Sunday’s Instagram Live. “I always thought I had to be gay, because I thought all guys were evil, but it’s not true.”

Weeks before she debuted her relationship with Simpson, Cyrus was linked to Kaitlynn Carter. The two women called it quits in September after a little over a month together. Over the years, the “Slide Away” singer has been linked to Nick Jonas, Justin Gaston and Patrick Schwarzenegger.

While fans accused the Hannah Montana alum of moving on too quickly from Hemsworth and Carter, she defended her decision to date publicly in a lengthy Twitter message on October 5.

Miley Cyrus’ Most Candid Quotes About Her Sexuality

“This ‘dating’ thing is new to me too. I’ve never been an ‘adult’ / grown ass woman experiencing this,” she explained. “I was in a committed relationship for almost All my teens and early 20s ; with the exception of a few breaks , which usually In those times I was working my ass off with not much R&R…. and ‘ meeting / trusting’ people in my position is really tuff. … I am trying to make light and like always MAKE FUN of myself / and the public’s perception of me ! Get used to me dating – this is where I am at !”

Simpson, for his part, told Us Weekly that their romance wasn’t “sudden” because they have been friends for years.

“We just have a ball and that’s the most important part of a relationship,” the Australian singer told Us and other reporters on October 11. “We both met back in the day when we were partying a lot. We had a lot of fun then … but now we’ve found each other in a space where we’re not partying, working real hard and just like [to] keep things healthy.”