Meghan McCain and Pamela Anderson clash on The View 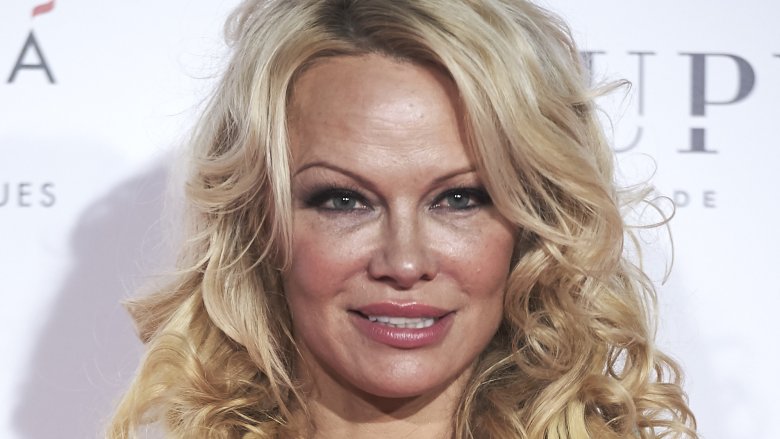 Who knew that the most explosive debate of 2019 would be between Meghan McCain and Pamela Anderson? On Sept. 6, the former Playboy cover girl visited the ladies of The View for her first live interview since her visit with WikiLeaks founder Julian Assange earlier this year. Spoiler alert: things got heated quickly. Anderson, a staunch supporter of the controversial Assange, said he has “gone where no man has gone before” to “expose governments” and alleged war crimes committed by the United States.

Back in May, Anderson visited with Assange at the Belmarsh high-security prison after he was arrested in London’s Ecuadorian embassy. “He does not deserve to be in a supermax prison. He has never committed a violent act, he’s an innocent person,” Anderson said outside the jail, according to CNN. Anderson added that is “a good man and “incredible person” who is now “cut off from everybody.”

View co-host Sunny Hostin touched on The Baywatch icon’s trip to see Assange and asked how he was doing. Anderson revealed that “his health has really deteriorated” since his incarceration, adding that, “he’s lost about 30 pounds since I saw him, and he was very thin at that point.” She went on to call Assange “the most resilient person,” and is upset that “people have fallen for the smear campaign, especially in America.”

Pamela Anderson said she was worried that Julian Assange will get extradited back to America, where she she doesn’t “think he’ll make it.” She added, “I don’t think you’re protected in prison. […] I think there’s a lot of danger surrounding his life.”

Eventually, Meghan McCain joined the conversation to ask about Assange being “allegedly kicked out of the Ecuadorian embassy because he was defecating everywhere.” Anderson pushed back, calling it “part of the smear campaign,” but McCain pressed forward, once again calling Assange a cyberterrorist who threatened America’s safety. “How many people have the American government killed innocently, and how many has WikiLeaks?” Anderson shot back. “The military has put many innocent lives at risk.”

Meghan McCain was adamant with her stance on Assange, claiming he endangered the lives of the “spies who are putting themselves at risk for our national security.” Pamela Anderson shot back, “There’s nothing proven that he’s actually put anybody at risk … I think that people like Edward Snowden and Chelsea Manning are heroes.” McCain’s reply? “Putin also thinks that.” That comment gave us our first Anderson eye roll of the show.

“His whole intention is to stop these senseless wars. Wars of business… A lot of people aren’t too happy with America and how they meddle in everyone’s business,” Anderson continued. This view (no pun intended) didn’t sit well with McCain. “He’s a cyberterrorist!” she screamed. “I’m not going to stand by this!” It’s ridiculous.”

Regular watchers of The View shouldn’t be surprised by this confrontation with Pamela Anderson, of course. Meghan McCain has become a reliable generator of friction between herself and some of the less conservative hosts – and in this case guests — who appear on the show. Maybe someday she’ll make headlines for appearing on an episode of The View that doesn’t involve her getting into a major dust-up.