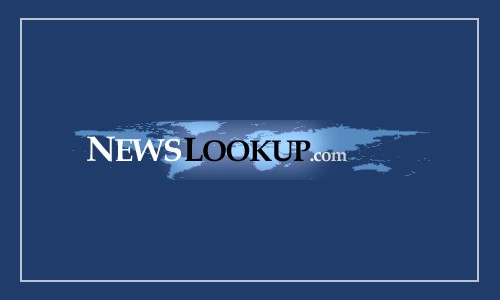 Floyd Mayweather and Conor McGregor have a date in mind for their megafight in Las Vegas: Aug. 26.

Mayweather Promotions plans to request the date from the Nevada State Athletic Commission for the much-anticipated boxing match between Mayweather, the former longtime pound-for-pound king and heavy favorite who plans to exit a 23-month retirement for the bout, and UFC superstar Conor McGregor, a source with knowledge of the plan told ESPN on Monday.

At the Nevada commission meeting scheduled for Wednesday in Las Vegas, Mayweather Promotions was scheduled to formally request Aug. 26 as a date to promote an unspecified boxing event, with Showtime — Mayweather’s broadcast home — as the television entity, but that agenda item has been removed and won’t be brought up at the meeting.

However, it is not because the fight won’t happen. More likely it is simply because the deal for the Showtime PPV bout has not been finalized yet.

The source said the date is still the one Mayweather and McGregor plan to have their welterweight fight on, likely at T-Mobile Arena. Once they have a deal, Mayweather Promotions can ask the commission to add the date request — typically a formality — to a future agenda.

McGregor, the two-division UFC champion, and UFC officials came to an agreement on how their side will split the money generated by what is expected to be a massive pay-per-view event generating hundreds of millions of dollars. Talks are ongoing between WME-IMG, UFC’s ownership group, and Mayweather adviser Al Haymon as they work to finalize the agreement.

“There are negotiations ongoing, but none of us wants to turn this into the circus that the Mayweather-[Manny] Pacquiao negotiations were, so I think it’s best if we keep all the business discussions private until the deal is done,” Showtime Sports executive vice president and general manager Stephen Espinoza told ESPN on Monday night.

The date that had been eyed for Mayweather-McGregor was Sept. 16, but that was taken when Golden Boy Promotions and K2 Promotions finalized their deal for the heavily anticipated Canelo Alvarez-Gennady Golovkin middleweight world championship fight to take place on that date at T-Mobile Arena.

According to multiple sources, one of the reasons Golden Boy made a deal with MGM Resorts International, parent company of T-Mobile Arena and several casinos on the Las Vegas Strip, was because if it had taken the fight to another city (there were several suitors), there was a strong possibility that Mayweather-McGregor would have been on Sept. 16 at T-Mobile and competed head-to-head with Alvarez-Golovkin.

The 40-year-old Mayweather (49-0, 26 KOs) has not fought since he easily outpointed Andre Berto in September 2015 to retain his welterweight world title and then retired. But he has been vocal about his desire to exit retirement for only one fight — the big one against McGregor, who very much wants the fight for a payday that would dwarf anything he has made in the octagon.

The Mayweather-McGregor card is expected to be a boxing-only card, and Mayweather has said he wants two of his company’s top fighters to appear on it, Badou Jack (21-1-2, 12 KOs), a former super middleweight world titleholder who vacated his belt in January to move up to light heavyweight, and junior lightweight world titlist Gervonta Davis (18-0, 17 KOs).