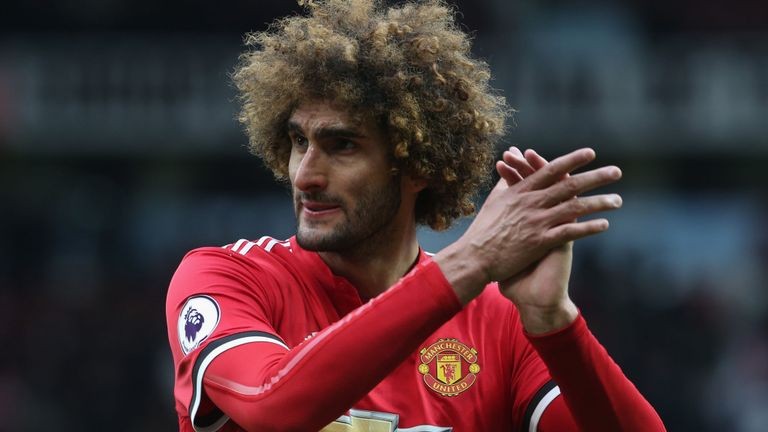 A representative of Marouane Fellaini is expected in Manchester before the end of the week to continue discussions over a new contract at United, according to Sky sources.

The 30-year-old midfielder was critical of United’s approach to a new dealin a recent interview with a Belgian magazine, and insisted manager Jose Mourinho and his staff all want him to stay at Old Trafford.

Mourinho said on Monday that an agreement was “in place” to extend Fellaini’s deal at the club, which expires at the end of the season, and the midfielder is already looking ahead to next season at the club.

But Belgium international Fellaini warned that plenty of other clubs were interested in his services and even opened the door to a move to the Chinese Super League.

“I am now 30 years old, at the end of my contract and negotiating with Manchester United,” Fellaini told Sport Voetbal Magazine. “There are several clubs that show interest. I’m waiting for what’s going to happen.

“The entire (United) staff is doing everything so I can stay. The club did not renew my contract last year. Now I am in a strong position, especially since Mourinho has stated that he wants to keep me.

“Last year I went to the coach and I said that I wanted a new contract. I then had a second meeting, but I will not ask it 10 times.

“Afterwards I became important for the team and a good player costs at least €50million. The club knows that they went wrong there.”