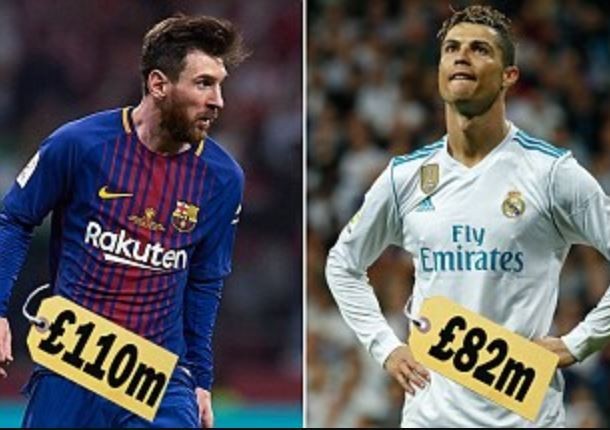 The Argentine footballer is expected to pocket £28million more than Cristiano Ronaldo this season after signing a giant £500,000-a-week deal last November.

According to France Football’s latest figures, Mess is the best-paid player in world football on a staggering £110m when gross wages, bonuses and sponsorship deals are taken into account. He will become the first player to break through the £100m mark, making him significantly better off than long-time rival Ronaldo, who is set to earn £82m over the course of 2017-18.

Messi leapfrogged Ronaldo and regained the top spot after putting pen to paper on a contract worth half a million pounds a week earlier in the season.

Mail Online Football reported that Messi’s deal, which runs until the summer of 2021 includes a giant £626m release clause, and a huge signing bonus of £80m.