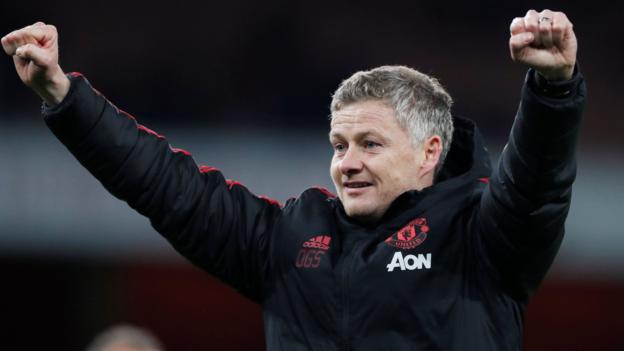 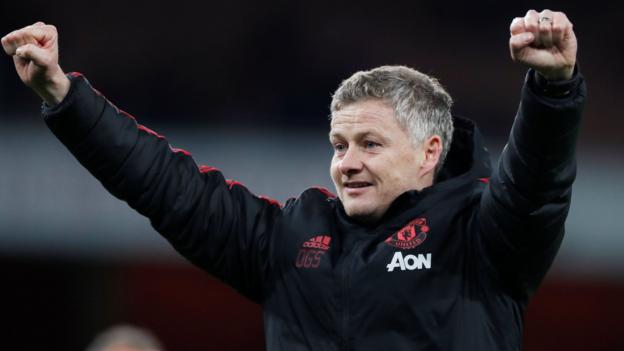 Manchester United will not settle for a top-four finish this season and are “looking to win trophies”, says interim boss Ole Gunnar Solskjaer.

United are sixth in the Premier League and are still in the FA Cup and Champions League.

“We’re Man United, you should always aim to win the league,” said Solskjaer, who has won all six league games since replacing Jose Mourinho in December

“We can’t do that this year but we’ve just got to look forward to it again.”

United are 16 points behind leaders Liverpool in the Premier League table but only three points off the top four.

Solskjaer’s comments came after Tottenham boss Mauricio Pochettino said it was more important that his side was in the top four and subsequently playing in the Champions League than winning trophies.

“We’ve got the Champions League, we’ve got the FA Cup, we can’t just say top four and that’s it,” added Solskjaer. “We’ve got to look at ‘can we win something this year?’ and I go into every single game as a Man United manager thinking we can win this game.”

United’s last trophy – the Europa League – came in 2017, a year after they last won the FA Cup, but they have not won the Premier League since the 2012-13 season.

They will play defending champions Chelsea in the fifth round of the FA Cup next month while they face Paris St-Germain in the last 16 of the Champions League.

“If you win trophies, that’s a fantastic day for everyone in the club,” said Solskjaer, who won six Premier League titles, two FA Cups and the 1999 Champions League as a player at United.

“It’s just the best time of your life that day when you win because you never know when the next one is going to come, the manager always said enjoy this whatever trophy you win.”