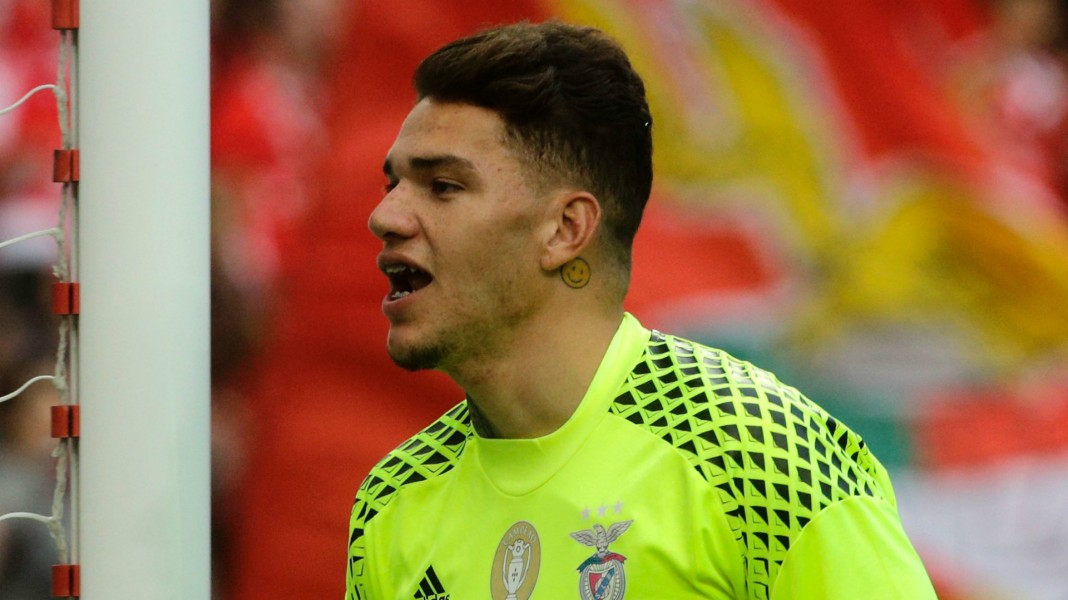 Manchester United have agreed a €40m deal bringing goalkeeper Ederson to the Etihad from Portuguese side, Benfica.

Benfica released a statement on Thursday morning say that they had reached an agreement with the Premier League club to sell the goalkeeper for €40m (£34.9m).

The club have reportedly informed the Portuguese stock exchange of the deal but reports claim the transfer cannot be completed until a third-party element is resolved.

The 23-year-old Brazilian joins Pep Guardiola’s side after two seasons in the Primeira Liga.

The signing, if ratified, will be British record fee for a goalkeeper.